Who is Jai Bhagwan Goyal? Social media witness to his influence 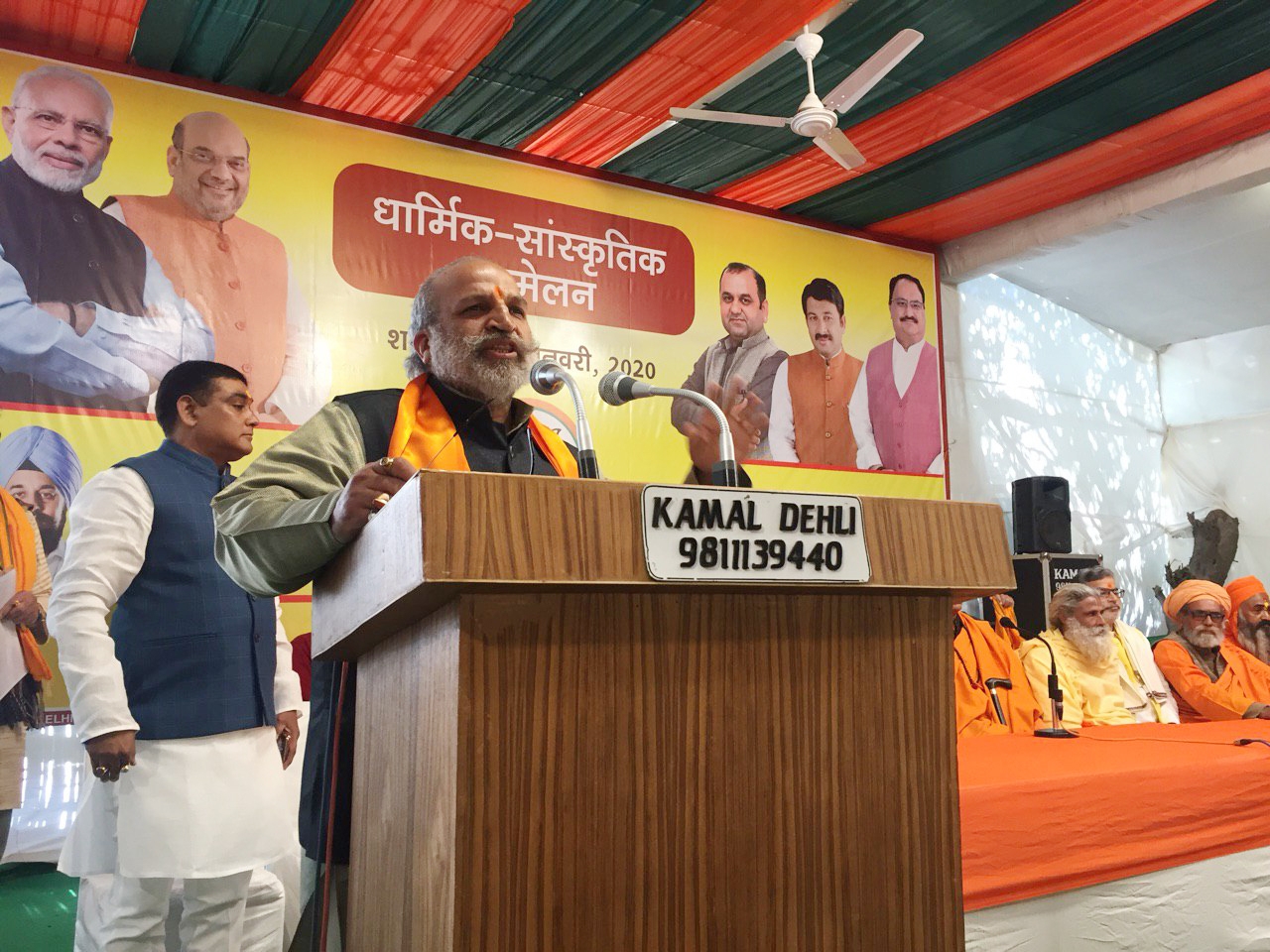 New Delhi / Mumbai: Jai Bhagwan Goyal describes his political views as "very liberal" on his Facebook page. But Goyal, who shot to fame after comparing Prime Minister Narendra Modi to Maratha icon Chhatrapati Shivaji, in real life fights "for the rights of Hindutva", in his own words.

Goyal, who created a stir by penning a book called "Aaj ke Shivaji: Narendra Modi", and releasing it in the presence of Delhi BJP leaders – Manoj Tiwari, Shyam Jaju and Mahesh Giri, has an impressive social media presence.

From Facebook to Tumblr, Twitter to Instagram – there is not a single social media platform where Goyal does not have an account. He even holds an account on LinkedIn, which is a professional networking site where employers posting jobs and job seekers posting their CVs can interact.

On Facebook: The Facebook page created in the name of Goyal gives a sense of the politics he believes in. In spite of being a BJP member, he prefers to start the "about me" section on his Facebook profile as "the working president of United Hindu Front (Group of Hindu organizations)".

With 85,182 followers, Goyal has an impressive reach.

On Insta, too: Goyal's Instagram account has 52,200 followers, where he is either seen posting pro-Modi posters or his own photos campaigning for the party. There are an array of photos of senior BJP functionaries like party National General Secretary Arun Singh, Union Minister Harsh Vardhan, RSS activist Indresh Kumar, former VHP Chief Ashok Singhal, which gives a sense of his access within the party.

A deeper peek gives one an insight of Goyal's brand of politics.

For instance, in November, 2018, Goyal has posted posters of an event by the United Hindu Front that organised an event at Delhi's Talkatora Stadium. This was when NRC was not even publicly much talked about, but Goyal had convened the conclave "For NRC and population control".

His Twitter TL shows his access: On Twitter, he has 60,419 followers. In a post on November 11, 2019, Goyal defended the Babri demolition and accepted his role in it. He said, "Destroyed the supposed Babri structure which was erected after demolishing the temple at Ram Janambhoomi. If you send us to (the) gallows for that, we don't care."

His Twitter timeline is embodiment of the fact that he is not any fringe leader but someone with access to the inner circle of the BJP. Amit Shah, Jitendra Singh, Piyus Goyal, Suresh Prabhu, Sunil Deodhar – you name it, Goyal is photographed alongside each one of them.

However, he is not active here, unlike in Facebook, Insta or Twitter. Here, his photos of Yoga Guru Ramdev are posted.

Believe it or not, an account exists by his name on LinkedIn as well. There, he is described as a BJP leader from February 2014 onwards. Before that, his "experience" section boast of being a "Hindu Leader, Rashtrawadi Shiv Sena".

The former Shiv Sainik, who still holds Balasaheb Thackeray in high esteem is described to have taken a "project" where "Jai Bhagwan Goyal developed Hindu ideas, Hindutva and build up new temple and residential house for Hindu poor people in India". 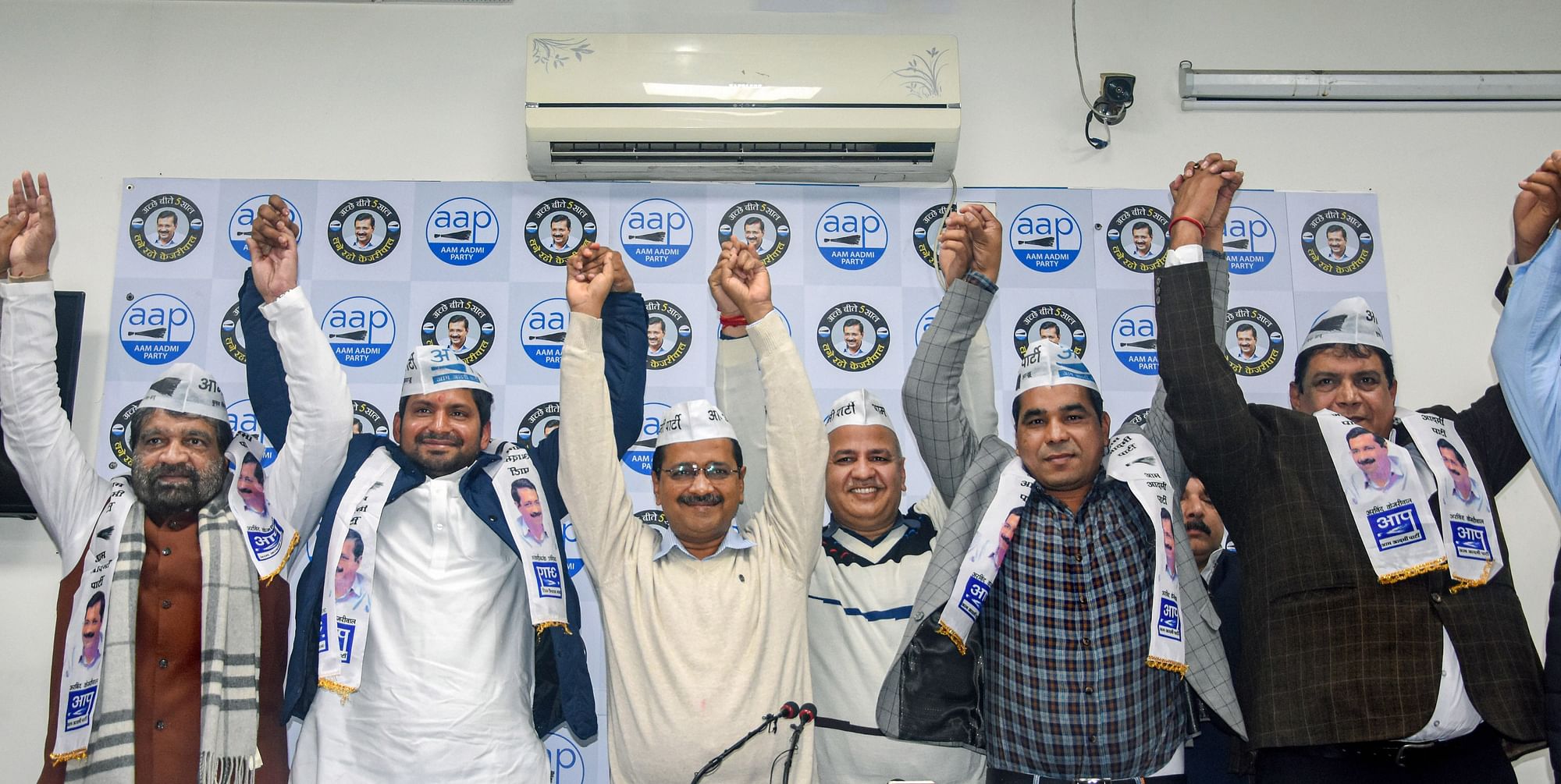