Who is Harsh Mander and why is the Supreme Court angry with him? 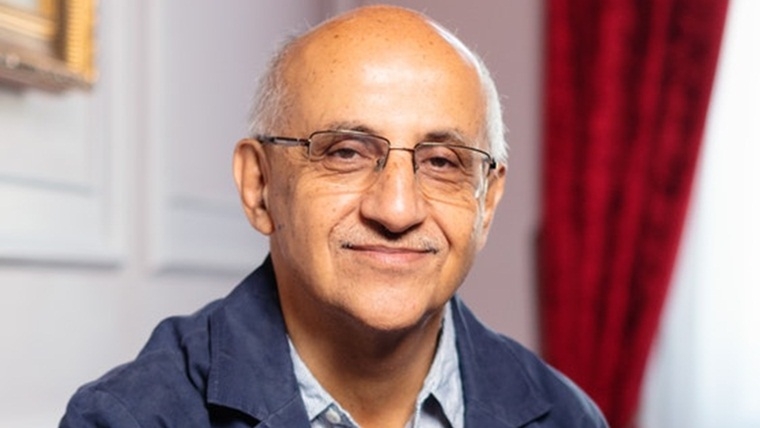 Activist Harsh Mander has repeatedly made headlines in recent times. From approaching the court over the Delhi violence to previously suggesting that he would register as Muslim if the Citizenship Amendment Bill was passed -- he has been a strong critic of the current government.

To sum up the recent events, following the recent spate of violence in Delhi which had left 47 people dead and over 200 injured, Mander had, amongst other things, sought the setting up of an SIT to inquire into the incident and compensation for those killed and injured in the violence.

This week, a video that has gone viral shows the human rights activist stating that with no scope for secularism in the Supreme Court, it was now time for people to take to the streets to decide their fate. SC didn't defend secularism, we have to take decisions on the streets: Activist Harsh Mander stirs...

While Mander's lawyer stated that he had not made any such statement, the Supreme Court kept to itself regarding the allegations of hate speech. It asked Solicitor General Tushar Mehta to file a sworn affidavit on behalf of the Centre about the allegations against Mander.

"If this is what he (Mander) feels about the court then we have to decide how to deal...," CJI Bobde said earlier on Wednesday.

While an important issue by itself, the CJI's words also let us to wonder how Mander truly "feels about the court" and vice versa over the years.

Wednesday's controversy is not the first time Mander has come across as being mistrustful of judges or clashed with them.

In 2019, the activist had sought the recusal of then Chief Justice of India, Ranjan Gogoi in a hearing pertaining to the detention of illegal foreigners in Assam. The CJI had refused and Mander had been asked to "learn to trust your judges." He had also been removed from the cause title as petitioner.

The activist who works with the survivors of mass violence and hunger as well as homeless people and street children has been a vocal critic of the Citizenship Amendment Act. From calling for 'civil disobedience' against the Act to being detained by police for violating the imposition of Section 144 -- Mander appears to have done it all.

It is perhaps no surprise then that he is not on the best of terms with the legislative and judiciary. But Mander's criticism of the Modi-government leads all the way back to 2002 -- when Narendra Modi was the Chief Minister of Gujarat.

Mander became a part of the Indian Administrative Service in 1980, and was posted in Madhya Pradesh. Four years later, as an additional collector in Indore, he witnessed the anti-Sikh riots that followed Prime Minister Indira Gandhi's assassination.

Years, later he would quit the Indian Administrative Service following the 2002 riots in Gujarat. Although Mander had been on a sabbatical, working with an NGO at the time, he heard firsthand stories of the victims while counselling them at relief camps. Refusing to partake in a "conspiracy of silence" he resigned.

We find yet another legal connection here: in his criticism of Special SIT court judge P.B. Desai.

In a 2019 book, “Partitions of the Heart: Unmaking the Idea of India”, Mander says that the "learned judge ignored evidence” that slain Congress MP Ehsan Jafri did all that was possible within his power to protect Muslims from the “rage of the mob”. Instead, he alleges, the judge echoed the stance of then Chief Minister Narendra Modi, to opine that Jafri's death was was only a “reaction” to his “action” of shooting at the mob. The author and activist who currently serves as a Special Commissioner to the Supreme Court of India in the Right to Food Campaign is a former member of the National Advisory Council.

The former IAS officer has authored several books and is a columnist for several Indian publications. At present he is the Director of Delhi-based think-tank, The Centre for Equity Studies.

He is also an Advisory Board member of the international grant-making network founded by George Soros, Open Society Foundations.