The Prime Minister pointed out that dogs play an important role in disaster management and rescue missions.

New Delhi: While recalling the bravery of various dogs serving the security forces, Prime Minister Narendra Modi on Sunday urged the countrymen to bring one of the Indian breed dog's home, if they are planning to adopt a canine.

"When we were celebrating Independence Day, very interesting news drew my attention about two daredevil characters of our security forces--One is Sophie and Second is Vida --both pride canines under the Indian Army. They have been conferred with the Chief of Army Staff commendation card. They were honoured for discharging their duties while defending the nation. There are many such brave dogs with our armed forces who for the country and made supreme sacrifice for our nation," the Prime Minister said during his monthly "Mann ki Baat" radio programme. 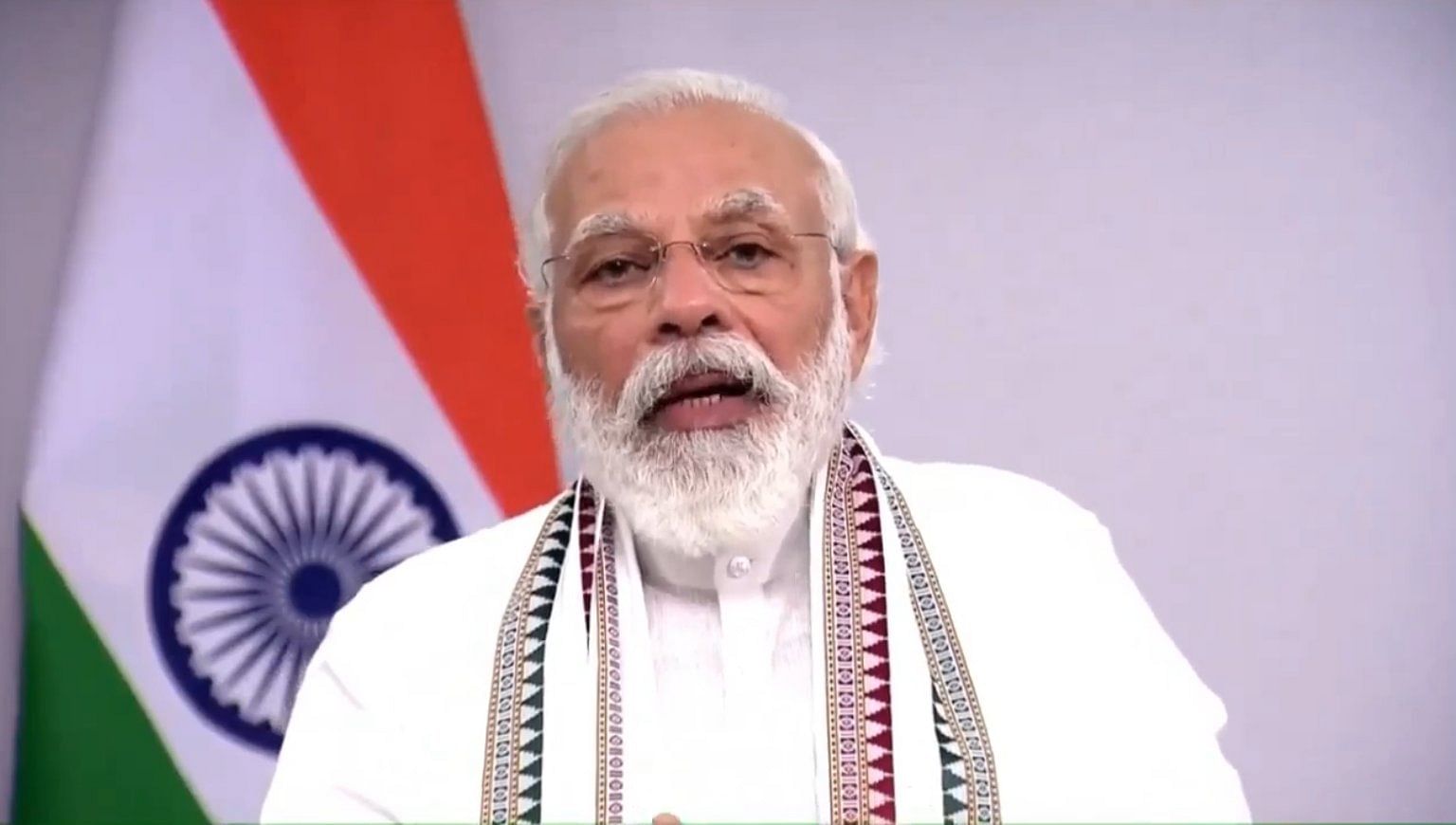 "In 2006, a dog named Balram detected a large amount of explosives en route the Amarnath Yatra. In 2002, a dog named Bhawana detected an IED. While diffusing the IED, terrorists trigged blast and both were martyred. Two-three years ago, in Chhattisgarh's Bijapur, CRPF's Sniffer dog 'Cracker' was also martyred in IED blast. Recently, Beed police bade a tearful adieu to their dog 'Rocky', who had helped solve more than 300 cases for the police," he added.

On April 7, 2017, troops of E/170 Bn along with CRPF Canine soldier Cracker (Belgian Shepherd Malaniois, DOB 04.10.2014) was on Area Domination duty in Modakpal forest area, Bijapur, Chattisgarh. It was leading the troops and alerted the troops for suspicious IED planted on a kutcha track. Unfortunately, the IED got blasted and Cracker made supreme sacrifice saving the troops. Constable (Dog handler) YS Avinash received minor injuries.

The Prime Minister pointed out that dogs play an important role in disaster management and rescue missions.

"In India, NDRF has trained dozen such dogs. These dogs are experts in detecting alive persons under the debris in an earthquake or building collapse. I have been told that Indian breed dogs are very good and competent. The cost of their upkeep is also quite less and they are also accustomed to the Indian conditions. Now our security forces have also inducted and trained Indian breed dogs in their dog squads," he said.

The Prime Minister said that the Indian Council of Agricultural Research is also conducting research on Indian breed dogs.

"Mudhol hound and Himachal Hound, Rajapalayam, Kanni, Chippiparai and Combai are good Indian breeds dogs. The cost of their upkeep is also quite less and they are accustomed to Indian weather. Indian Council of Agricultural research is also conducting research on Indian breed dogs. Their purpose is to make Indian breeds better and more useful," he said.

"Next time when you think of keeping a dog, then you must bring one of the Indian breed dog homes. When self-reliant India is becoming the mantra of masses, then no area should be left behind," he added.