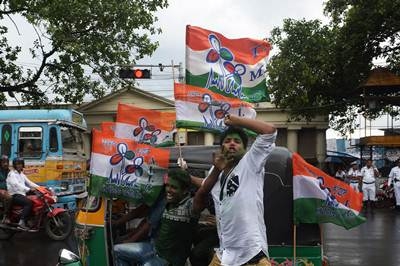 Indian Trinamool Congress (TMC) part supporters celebrate an early lead as vote counting continues following the West Bengal state assembly elections in Kolkata on May 19, 2016. Vote-counting is takaing place following state assembly elections in Tamil Nadu, Kerala and Pondicherry. The makeup of India's next government could lie in the hands of a trio of women who command a massive following in their regional heartlands, including a populist former movie star known as "Mother" to supporters / AFP PHOTO / Dibyangshu SARKAR |

The Trinamool Congress on Sunday announced a list of candidates for by-polls in four Assembly constituencies to be held on October 30 in the state. The Mamata Banerjee led TMC has fielded Udayan Guha from Dinhata constituency, Brajakishore Goswami from Santinpur while Sohandeb Chhattopadhyay and Subrata Mondol have been fielded from Khardaha and Gosaba respectively.

Bypolls to three Lok Sabha seats and 30 assembly constituencies spread across various states will be held on October 30, the Election Commission announced on September 28.

In Bengal, the bye-elections will be held in Kharadaha, Shantipur, Dinhata and Gosaba.

West Bengal: Trinamool Congress announces a list of candidates for by-polls in four Assembly constituencies to be held on October 30 in the state. pic.twitter.com/tDQuEoUprV

In Gosaba and Khardaha, two TMC MLAs died, necessitating the election. On the other hand, two MPs Nishith Pramanik and Jagannath Sarkar resigned from Dinhata and Shantipur.

Apart from Bengal, elections will be held in five seats in Assam, three each in Madhya Pradesh, Meghalaya, and Himachal Pradesh, two each in Bihar, Rajasthan, and Karnataka, one each in Andhra Pradesh, Telengana, Nagaland, Mizoram, Maharashtra and Haryana. 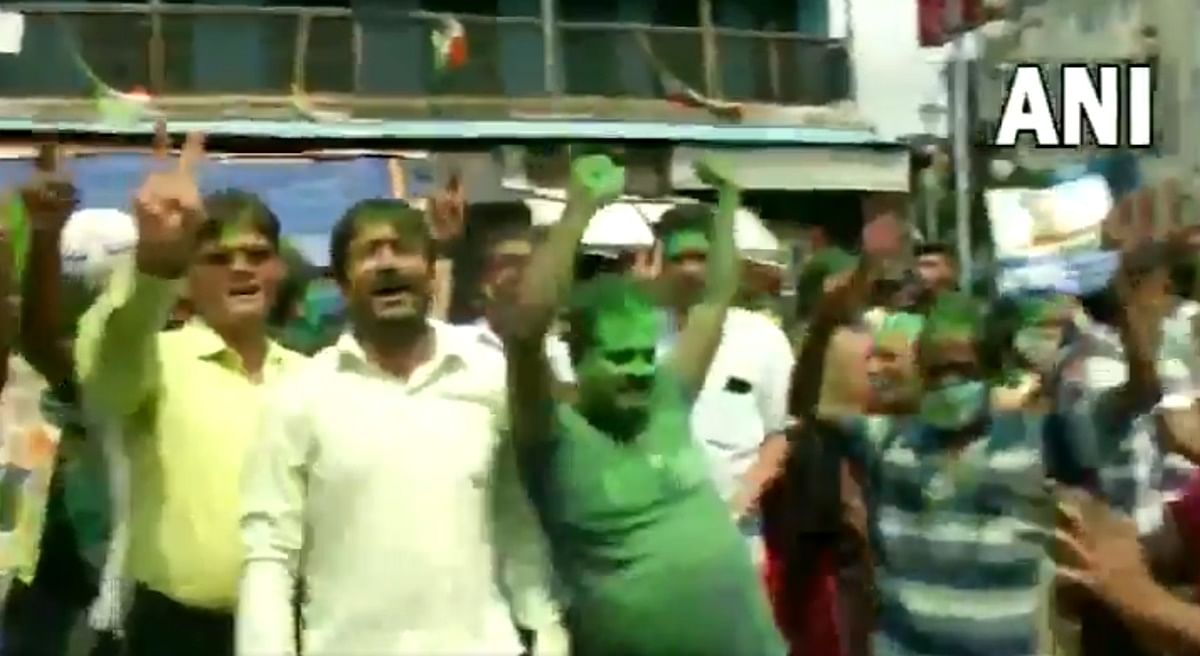