FPJ legal: Happy with CBI reports but not with SIT on post-poll violence says Calcutta HC

The court had also ordered for the constitution of an SIT comprising three IPS officers of West Bengal to investigate other cases related to post-poll violence.
Aritra Singha 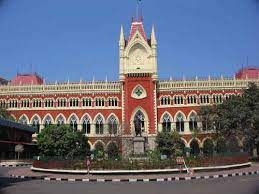 Kolkata: Calcutta High Court on Monday said that they were happy with CBI’s probe on post-poll violence but are not happy with the Special Investigating Team (SIT) constituted by the West Bengal Police to investigate the same.

Both the CBI and SIT had submitted the reports over the ongoing probe of the post-poll violence in sealed covers before a division bench comprising Acting Chief Justice Rajesh Bindal and Justice Rajarshi Bharadwaj.

Acting Chief Justice Rajesh Bindal and Justice Rajarshi Bharadwaj observed that reports from the CBI had mentioned the total 40 FIRs’ that was registered and also that investigation charge-sheets have been filed in seven cases.

The court also took objections to the duties performed by the SIT and said the services of the IPS officers are not good in connection to their normal duties to assist the SIT constituted by the High Court.

It can be recalled that a five-judge bench presided by the acting chief justice had on August 19 ordered a CBI investigation into cases of alleged murder and crimes against women in the post-poll violence. The court had also ordered for the constitution of an SIT comprising three IPS officers of West Bengal to investigate other cases related to post-poll violence.

The Calcutta High Court had later appointed former Justice Manjulla Chellur to oversee the functioning of the SIT. The bench had further fixed the next hearing on November 8.