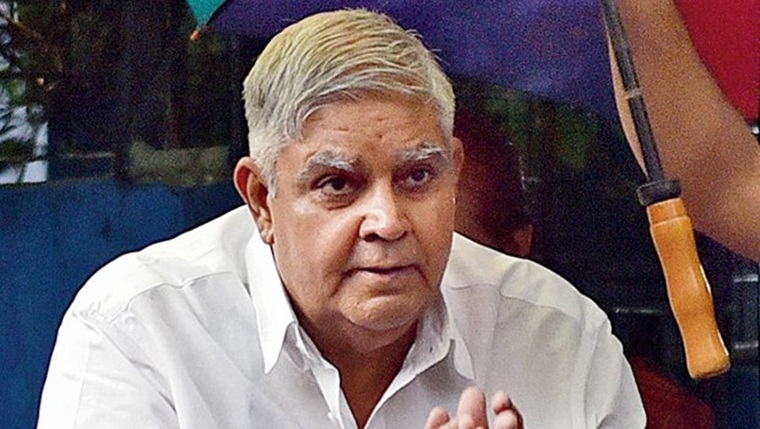 Kolkata: At a time when state Education Minister Bratya Basu claimed that Governor Jagdeep Dhankhar should be replaced by Mamata Banerjee as Chancellor of universities, Dhankhar on Thursday slammed the state government claiming that the state vice-chancellors of 24 universities were appointed ‘illegally’.

“VCs of 24 Universities appointed @MamataOfficial in disregard of law. These are ex facie in defiance of specific orders or without approval by Chancellor-the Appointing Authority. These appointments carry no legal sanction and would be forced to take action unless soon recalled,” mentioned Dhankhar on Twitter.

It is pertinent to mention that the slugfest between the state government and the Governor is going on ever since 2019 when Dhankhar became the Governor. Chief Minister Mamata Banerjee earlier had on several occasions written letters to Prime Minister Narendra Modi over removal of the Governor over allegedly interfering in state government’s work.

It can be recalled that a couple of days back state education minister Bratya Basu said that the Governor doesn’t sign the bills of the educational institutes and delays in the functioning.

Slamming the Trinamool Congress, BJP national vice president Dilip Ghosh said that whatever the Governor felt is ‘correct’ has been done and also that the TMC always purposely disrupts smooth functioning.