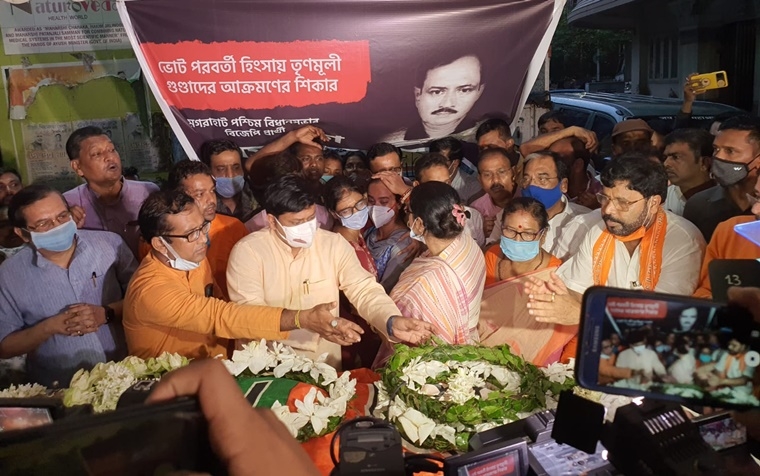 The case has been registered at the Kalighat police station against Sukanta Majumdar and other party leaders, including Arjun Singh, Jyotirmoy Singh Mahato, and Priyanka Tibrewal, news agency ANI reported citing a statement from Majumder's office.

A high-voltage drama unfolded in the city's Kalighat area on Thursday as BJP activists, led by the party's state president, Sukanta Majumder, engaged in a scuffle with the police after being stopped from holding a "peaceful demonstration" near West Bengal Chief Minister Mamata Banerjee's residence with the body of a deceased leader.

Dhurjati Saha, who unsuccessfully contested the March-April Assembly polls from Magrahat Paschim constituency, had allegedly come under attack on May 2, when the vote counting was in progress.

He died at a private nursing home on Wednesday. BJP leaders have claimed that supporters of the ruling party had assaulted Saha. His family members have sought a CBI probe into the case.

The central agency is currently probing post-poll violence cases involving murder and rape, on the direction of the Calcutta High Court.