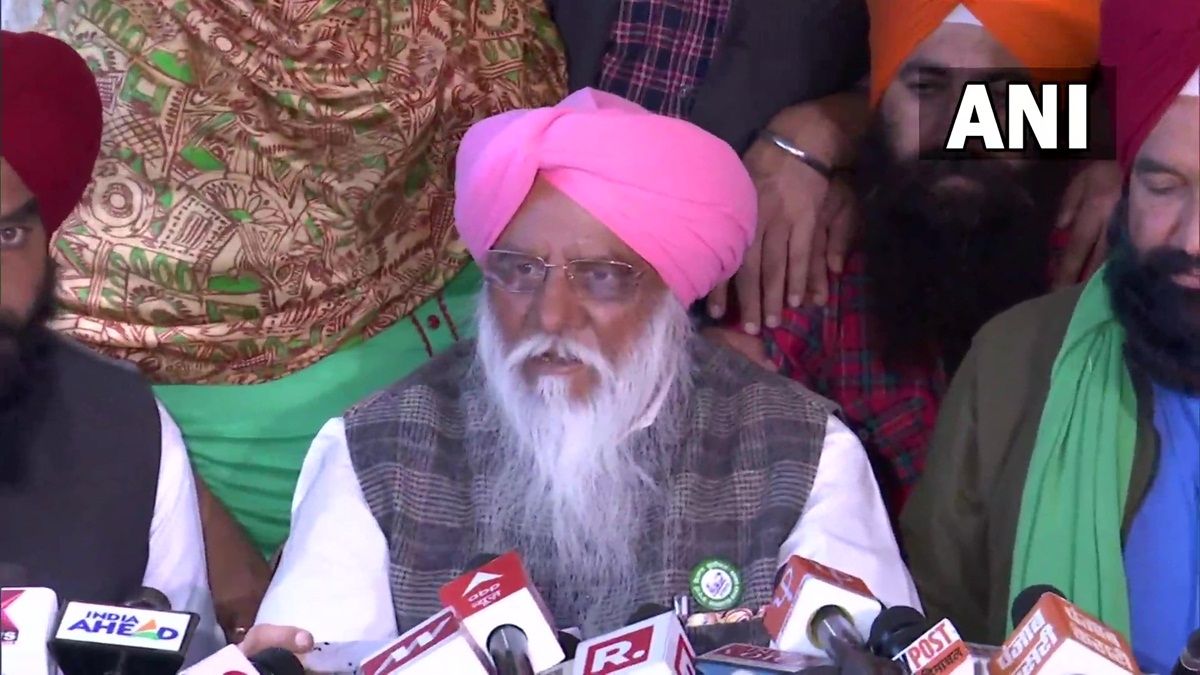 The Samyukt Kisan Morcha (SKM) meeting, which was going on at Singhu border, concluded on Sunday.

The Samyukta Kisan Morcha (SKM) will hold another meeting on November 27 to decide future course of action while the planned march to Parliament by farmers on November 29 will go ahead as per schedule, farmer leader Balbir Singh Rajewal said on Sunday.

Addressing a press conference at Singhu border following a meeting, Rajewal said, "We discussed the repeal of farm laws. After this, some decisions were taken. SKM's pre-decided programs will continue as it is. Kisan panchayat will be held in Lucknow on November 22, gatherings at all borders on November 26 and march to Parliament on November 29".

"For a decision on further developments, another meeting of SKM will be held on 27th Nov. Decision will be taken on the basis of the situation until then," he added.

SKM, an umbrella body of the agitating unions, met earlier on Sunday to decide on the next course of action, including on the MSP issue and the proposed daily tractor march to Parliament during the upcoming Winter Session.

The meeting was called to discuss the future course of action on farmers' protests after Prime Minister Narendra Modi announced repealing the three farm laws.

As the government has agreed to withdraw the three farm laws, the farmer unions have shifted their focus on minimum support price (MSP), demanding a law on it.

Farmer leaders have been maintaining that the protesters will stay put at border areas of Delhi until the Centre formally repeals these laws in Parliament after Prime Minister Narendra Modi's surprise announcement on Friday and have indicated their stir for a statutory guarantee of MSP and withdrawal of the Electricity Amendment Bill will continue. The farmers have been protesting against the three farm laws for the past year across Delhi's borders.