‘We appeal to all…’: Rakesh Tikait urges Indians in US to protest during PM Modi's Sept 25 New York event 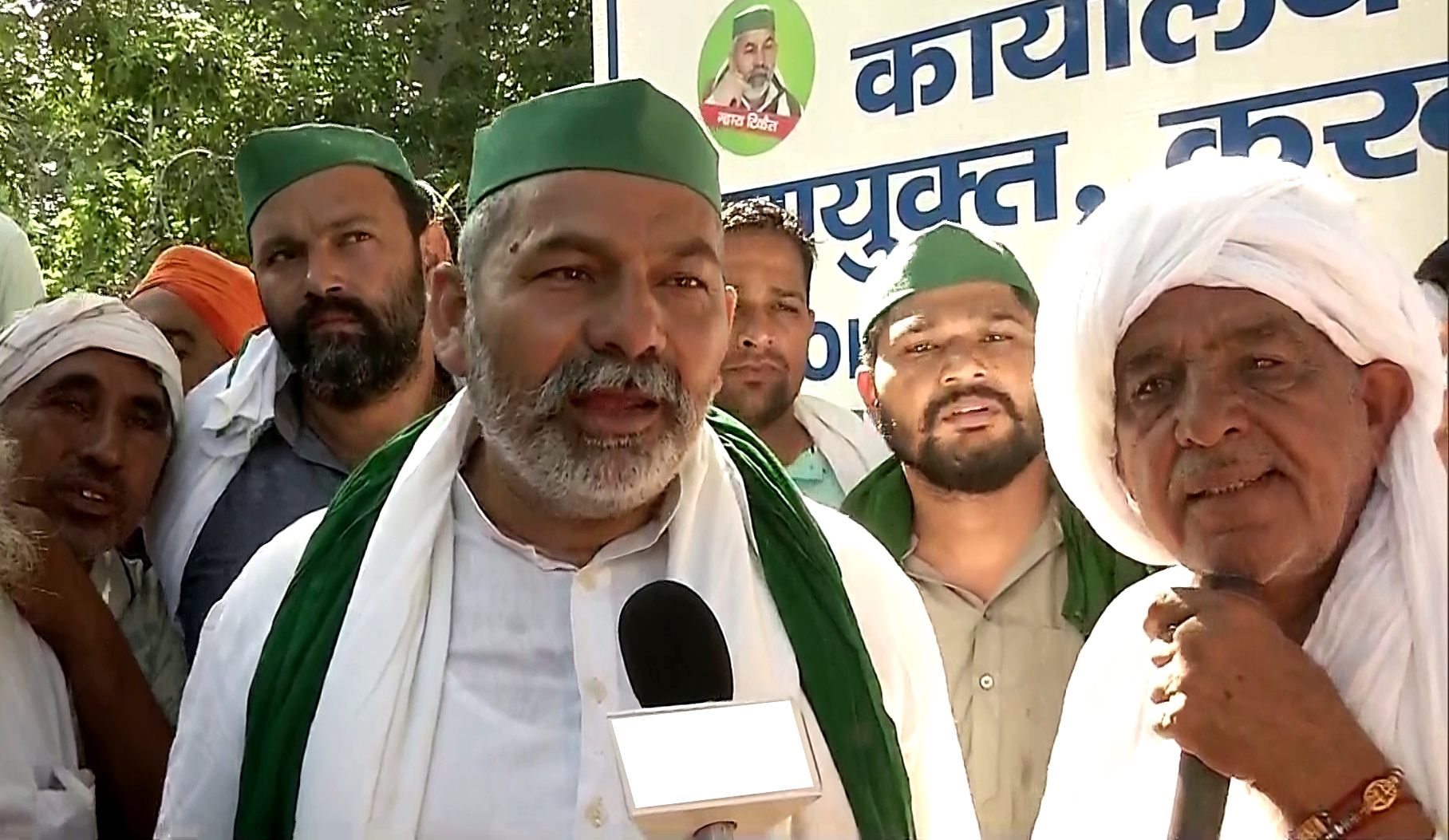 Ghaziabad: Bharatiya Kisan Union (BKU) leader Rakesh Tikait on Friday appealed to Indians living in the US to hold a protest during Prime Minister Narendra Modi's programme in New York on Saturday in support of the 10-month-long farmers' agitation at Delhi's borders.

He also urged US President Joe Biden to focus on concerns of the Indian farmers during his meeting with Modi.

Seeking the support of Indians in the US, the national spokesperson of the BKU claimed that over 750 farmers have lost their lives during the stir against the contentious new farm laws, but the Centre is still not willing to reconsider the legislations.

Modi reached the US on Wednesday on an official three-day visit for meetings with Biden and his deputy Kamala Harris, among others. He is scheduled to address the 76th session of the UN General Assembly on Saturday.

"We appeal to all Indians living in the US. India's prime minister will be there on September 25 in New York for a programme. All Indians in the US should place a 'farmers' flag on their vehicles and raise banners of 'No Farmer No Food' and register your protest in support of farmers," Tikait said in a video message.

"It's been around 10 months since the protest started and we are all sitting here in Delhi. Over 750 of our farmers have died during the movement and the Indian government is not ready to hold talks. We have sat through winters, summers and rains in the stir," he added.

In his appeal to the US president, Tikait tweeted: "Dear @POTUS, we the Indian farmers are protesting against 3 farm laws brought by PM Modi's govt. 700 farmers have died in the last 11 months protesting. These black laws should be repealed to save us. Please focus on our concern while meeting PM Modi (sic)."

Hundreds of farmers are encamped on the three border sites of Delhi in Singhu, Tikri and Ghazipur since November 2020 under the banner of Samyuka Kisan Morcha (SKM), demanding that the three contentious farm laws be repealed and a legal guarantee provided to them on minimum support price of crops.

Tikait has been leading his BKU at Ghazipur on the Delhi-Uttar Pradesh border. The Centre, which has held 11 rounds of formal dialogues with the farmers, has maintained that the new laws are pro-farmer.