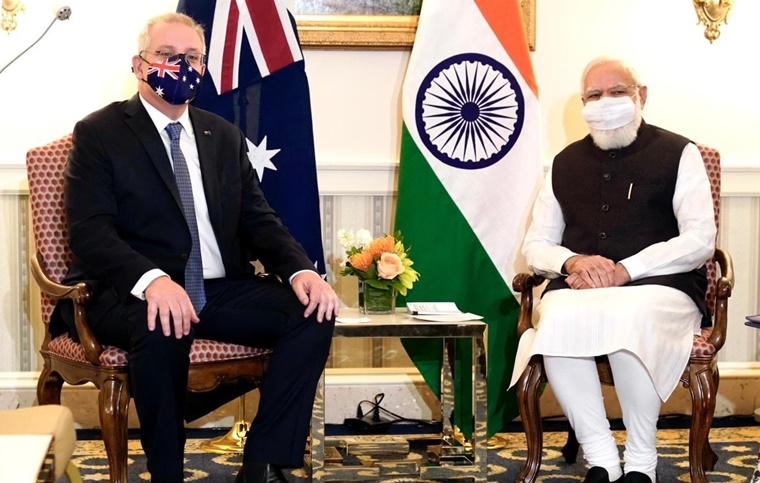 Washington: Prime Minister Narendra Modi has met his Australian counterpart Scott Morrison here ahead of the first in-person Quad meeting to be hosted by US President Joe Biden and discussed a broad range of issues of bilateral, regional and global importance, including the Indo-Pacific.

The meeting between Modi and Morrison on Thursday came a week after they spoke over phone and reviewed the rapid progress in the India-Australia Comprehensive Strategic Partnership, including through the recent 'two-plus-two' dialogue, and exchanged views on regional developments and the forthcoming Quad meeting.

This was the first in-person meeting between the two leaders in the post-pandemic period.

"They reviewed progress since the last leader's summit that was held virtually in June 2020, and they resolved to continue their close partnership and cooperation for the mutual wellbeing of both sides," Foreign Secretary Harsh Vardhan Shringla told reporters while details of the meeting.

During the meeting here, Modi and Morrison discussed a broad range of issues of bilateral, regional and global importance, it said.

The Prime Ministers "resolved to continue close cooperation for mutual well-being and towards advancing their shared objective of an open, free, prosperous and rules-based Indo-Pacific region," the MEA said.

"Great to meet with my good friend and a great friend of Australia, Indian PM Narendra Modi during my visit to the US," Morrison tweeted.

"A wide-ranging and productive discussion ahead of the first in-person Quad meeting as we look to further deepen the partnership between our two countries," Morrison said.

Prime Minister Modi in a tweet said, "It is always wonderful to interact with my good friend, PM @ScottMorrisonMP. We had wide-ranging deliberations on strengthening cooperation in the fields of commerce, trade, energy and more."

According to the MEA statement, in their meeting, Modi and Morrison reviewed the ongoing negotiations on a bilateral Comprehensive Economic Cooperation Agreement (CECA) and welcomed the visit to India by former Australian prime minister Tony Abbott as Morrison's Special Trade Envoy for India, and noted the commitment of both sides to achieve an early harvest announcement on an interim agreement by December 2021.

They underlined the need for the international community to address the issue of climate change on an urgent basis as Prime Minister Modi highlighted the need for a broader dialogue on environment protection, it said, adding that both the leaders also discussed possibilities of providing clean technologies.

Modi and Morrison agreed that "as two vibrant democracies in the region, the two countries needed to work closer together to overcome the challenges in the post-pandemic world, inter alia to enhance supply chain resilience," the MEA said.

"Both leaders lauded the immense contribution of the Indian diaspora to Australia's economy and society, and discussed ways to enhance people to people ties," the statement added.

Ministry of External Affairs spokesperson Arindam Bagchi termed the meeting as "another chapter in our Comprehensive Strategic Partnership with Australia".

It was the first meeting between the prime ministers of India and Australia since the AUKUS (Australia, the UK and the US) security partnership was unveiled last week by US President Biden, British Prime Minister Boris Johnson and Morrison.

In response to a question, Shringla said that Prime Minister Morrison did briefly mention rationale from the Australian side in seeking to initiate the AUKUS Alliance.

"He felt that the technology that they received was appropriate and there was a brief discussion in that regard," he said.

In a tweet, the prime minister's office described it as advancing friendship with Australia. "They discussed a wide range of subjects aimed at deepening economic and people-to-people linkages between India and Australia," the PMO tweeted.

The AUKUS partnership, seen as an effort to counter China in the Indo-Pacific, will allow the US and the UK to provide Australia with the technology to develop nuclear-powered submarines for the first time.

Australia said its decision to join a security alliance with the US and the UK is aimed at developing capabilities that can contribute along with India and other countries in deterring behaviour that threatens the peace and security in the Indo-Pacific.

In the first reaction from India on the contentious alliance, Shringla on Tuesday said that the new security agreement among the US, the UK and Australia is neither relevant to the Quad nor will have any impact on its functioning, and they are not groupings of a similar nature.

Shringla said while the AUKUS is a security alliance among the three countries, the Quad is a plurilateral grouping with a vision for a free, open, transparent and inclusive Indo-Pacific.

The Quad comprises India, the US, Japan and Australia.

US President Biden is hosting the first in-person Quad summit at the White House on September 24 to be attended by Modi, Morrison and Japan Prime Minister Yoshihide Suga. 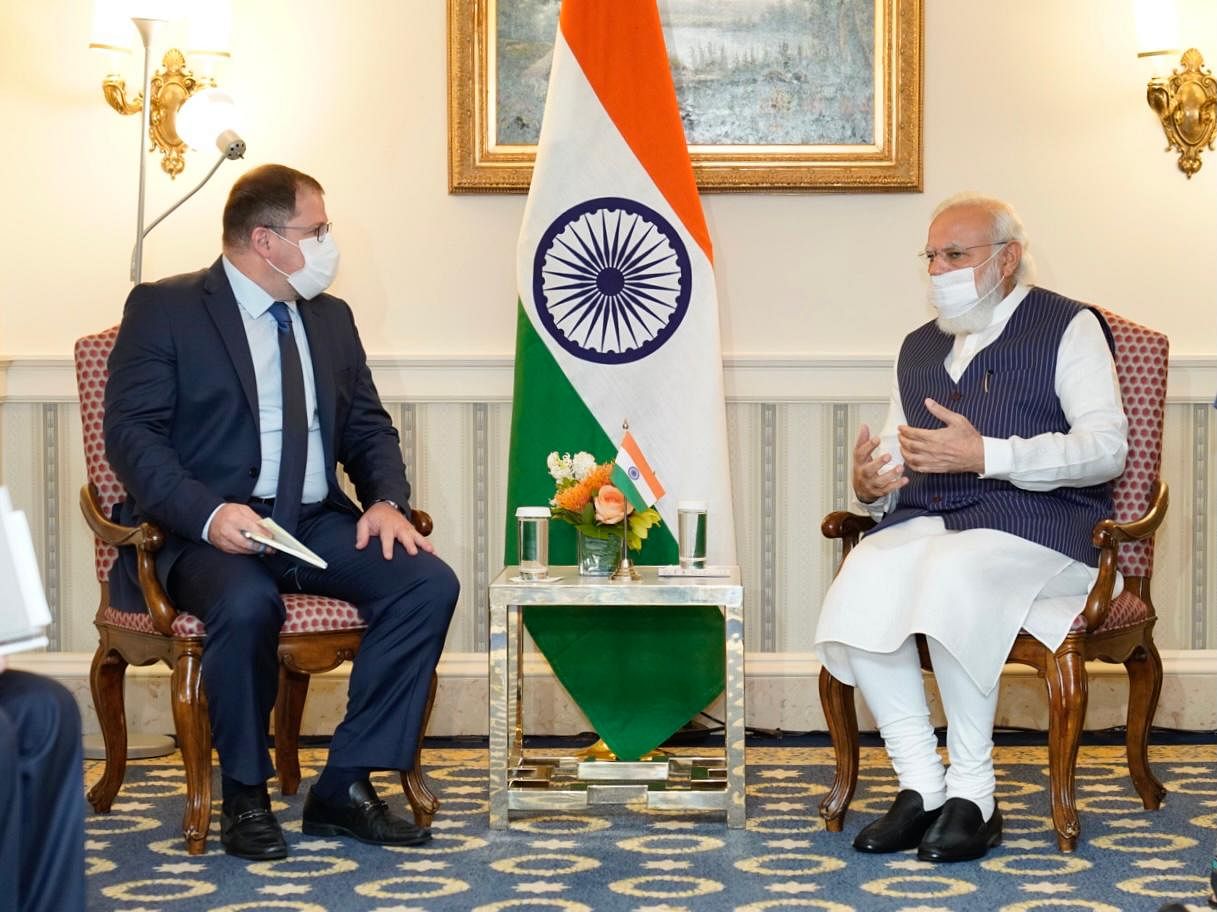