Capt drops a bombshell: I got a message from Pakistan that he is an old friend of their PM and he would be grateful if you can keep him in the government.

Amarinder Singh on Monday said that he had got a message from Pakistan to reinstate Navjot Singh Sidhu in his government because he was an “old friend of their prime minister”. Singh, who has floated a new party after leaving Congress and is fighting the Punjab Assembly polls in an alliance with BJP, said he was told that Pakistan Prime Minister Imran Khan will be grateful if he can keep Sidhu in the government.

“After I dropped Navjot Sidhu from my government, I got a message from Pakistan that he is an old friend of their prime minister and he would be grateful if you can keep him in the government. If he (Sidhu) doesn't work, then you can remove him,” Singh said during a press conference at BJP headquarters to announce a seat-sharing arrangement.

Singh, who had dropped Sidhu from the Punjab government during his tenure as the state's chief minister, never had smooth relations with the cricketer-turned-politician and was against appointing him as the Punjab unit chief of the Congress.

On Sunday, he had alleged in Chandigarh that Sidhu has “no brains” and also claimed that he had advised Sonia Gandhi five years ago not to induct “this incompetent man” in the party.

#WATCH | Pakistan PM had sent a request if you can take (Congress Punjab president Navjot Singh) Sidhu into your Cabinet I will be grateful, he is an old friend of mine. You can remove him if he'll not work: Punjab Lok Congress president & former Punjab CM Amarinder Singh pic.twitter.com/88jSfIpfQ8 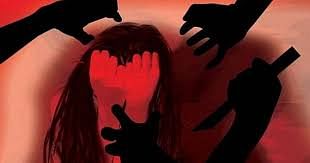