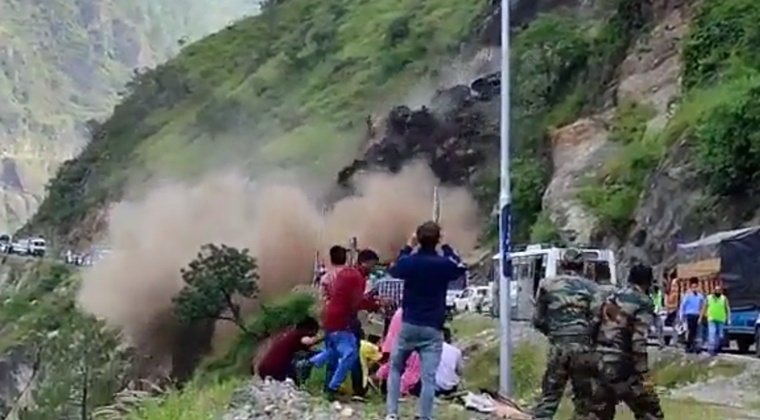 Shimla (Himachal Pradesh): National Highway-5 has been blocked due to landslide at Jeori near Rampur in Shimla district, informed the state emergency centre.

"DPCR has informed that an incident of landslide occurred near Jeori- Sub-division Rampur District Shimla due to which NH-05 road has been blocked. No human or property loss reported by the Authority concerned yet," the state emergency operation centre said in a bulletin.

The district administration has deployed Sub-Divisional Magistrate (SDM) Rampur and a police team to assess the situation.

The state has been recording spells of heavy rainfall during the Monsoon season. This has resulted in landslides as well.

Earlier on August 28, Chandigarh-Manali National Highway (NH-3) was blocked due to a landslide between Aut and Pandoh in the Mandi district.