Watch Video: Multi-storey building collapses due to landslide in Shimla; no casualties so far 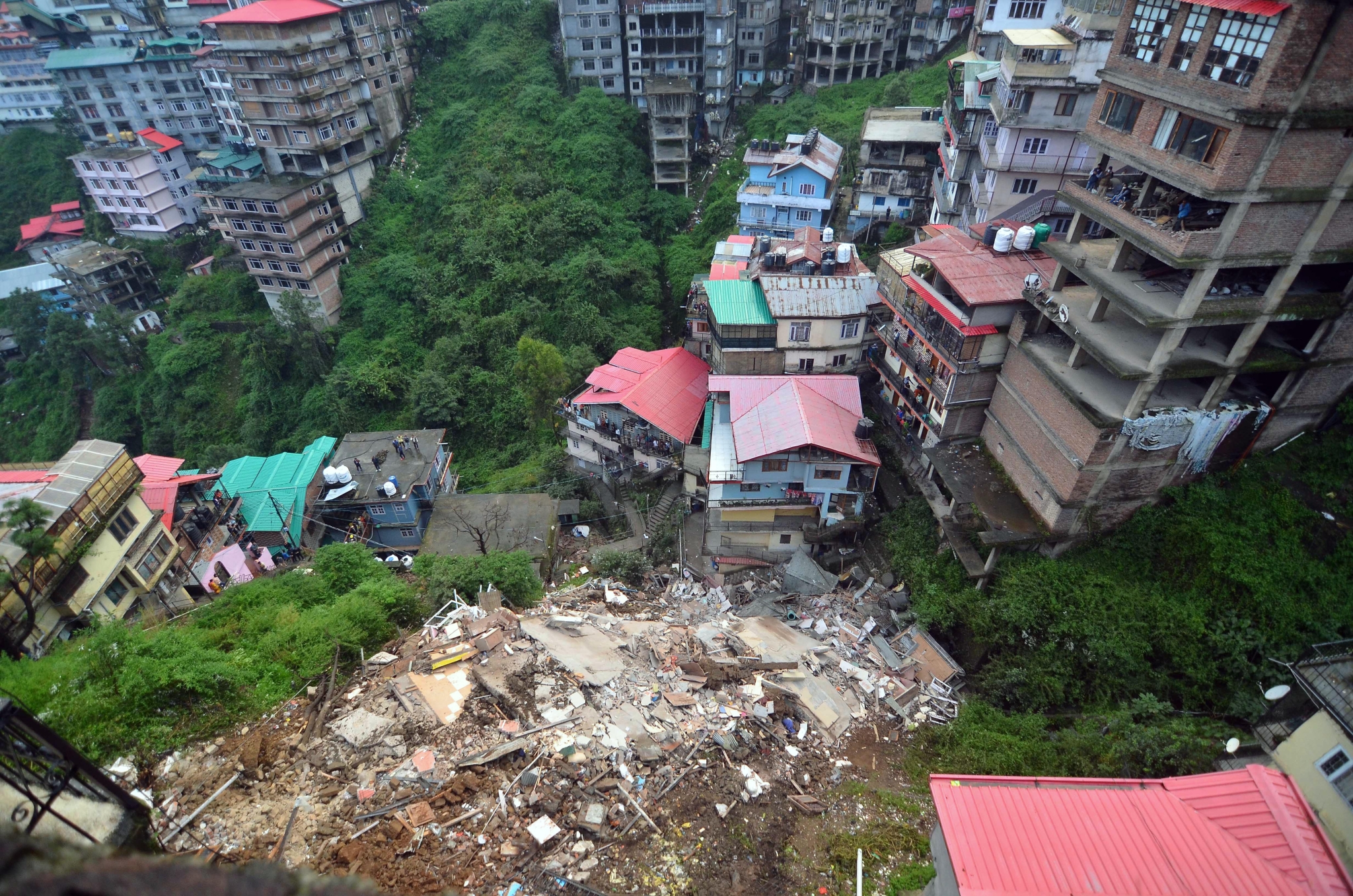 A landslide triggered by recent rains has led to the collapse of a multi-storey building which in turn damaged two adjacent structures, a senior disaster management official said on Friday. No loss of life has been reported in the incident, he said.

According to Himachal Pradesh State Disaster Management Authority Director Sudesh Kumar Mokhta, the eight-storey building at Ghoda Chowki near Hali Palace in Shimla collapsed on Thursday afternoon due to a landslide triggered by recent rains.

Parts of the eight-storey structure hit two two-storey buildings, damaging them, he said, adding two adjoining buildings, including a hotel, were also at risk.

Mokhta said the district administration has provided Rs 10,000 as immediate financial aid to each of the occupants of the buildings.