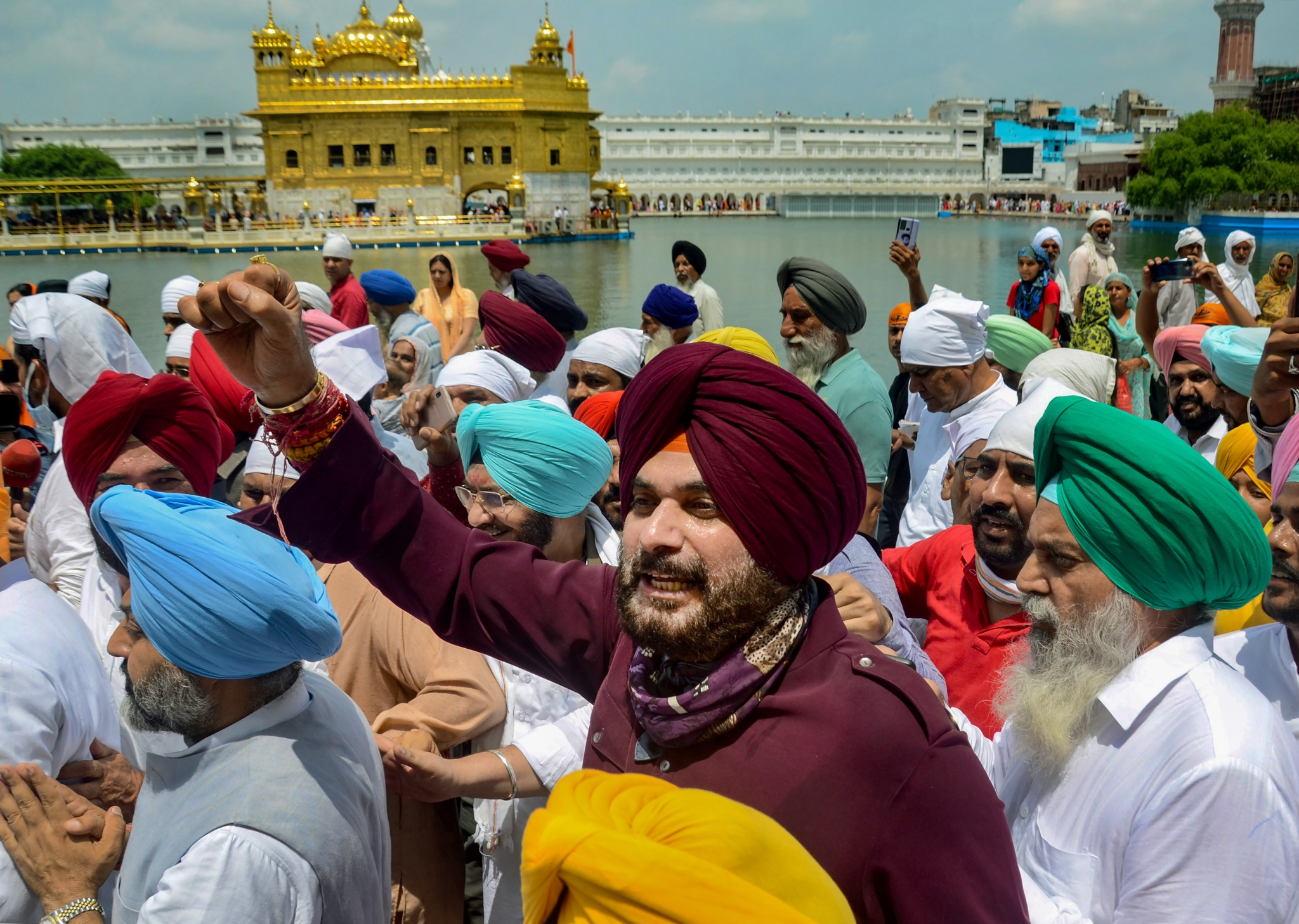 Punjab Congress chief Navjot Singh Sidhu on Friday, while alleging that he was not being allowed a free hand to take decisions, said that he 'will not spare anyone' if he is not given freedom in decision-making.

"I have asked the high command to allow me to take decisions and I will ensure that the Congress prospers in the state for the next two decades. If you don't let me take decisions, I won't spare. Eit se eit bajaa doon," Navjot Singh Sidhu said.

Reacting to Sidhu's remarks, Congress Punjab in-charge Harish Rawat said, "I can't question him on the basis of media speculation... I will see the context of the statement. He is party chief, who other than him can take decisions?"

Meanwhile, Navjot Singh Sidhu's adviser Malvinder Singh Mali on Friday quit as adviser to Punjab Congress chief. However, Mali did not term it as a "resignation".

In a statement posted on his Facebook page, Mali said, "I humbly submit that I withdraw my consent given for tendering suggestions to Navjot Singh Sidhu". Mali, in another Facebook post, claimed that the question of his resignation does not arise as he never accepted the post. "Neither accepted any post, nor resigned from any post," Mali said in a post in Punjabi.

Amid a power tussle in Punjab, Chief Minister Amarinder Singh had asked Sidhu on Sunday to "rein in" his advisers after two of them made "atrocious" comments recently on sensitive issues like Kashmir and Pakistan.

AICC general secretary Harish Rawat, who is in charge of Punjab affairs, had also said that the two advisers need to go.

Sidhu on August 11 had appointed Mali, a former government teacher and political analyst, and Pyare Lal Garg, a former registrar of Baba Farid University of Health and Sciences, as his advisers to seek their "wise counsel." In a recent social media post, Mali had waded into the issue of revocation of Article 370 of the Constitution, which gave special status to the erstwhile state of Jammu and Kashmir.

He had reportedly said if Kashmir was a part of India, then what was the need to have Articles 370 and 35A. He had also said, "Kashmir is a country of Kashmiri people." Garg, another adviser of Sidhu, had reportedly questioned the chief minister's criticism of Pakistan.

The chief minister had warned against such "atrocious and ill-conceived comments that were potentially dangerous to the peace and stability of the state and the country".