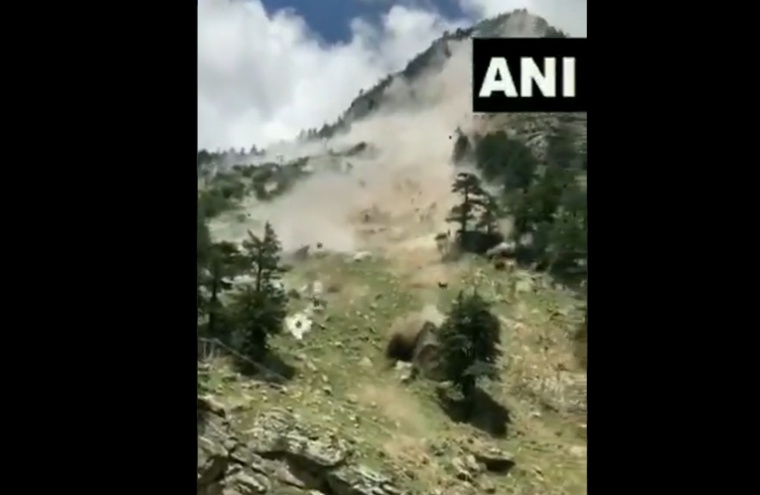 While incidents of landsliding are often reported in Himachal Pradesh, a deadly incident was reported on Sunday when boulders rolled downhill due to landslide in Kinnaur district. Due to the sudden landslide, huge rocks slided downwards and pounced on nearby road, stream and a bridge too collapsed. Due to the boulders, vehicles parked were also damaged.

According to a news agency ANI, at least nine people were killed and three injured in the landslide incident on Sangla-Chitkul road in Kinnaur district. Several orchards, vehicles, and houses were also damaged.

Rocks fell from a hill near Batseri to Sangla Chitkul road. 11 people, including the driver, were in the tempo traveler. The rest suffered injuries, along with another passerby who was walking on the road.

"Rescue team is present at the spot," said Saju Ram Rana, Superintendent of Police of Kinnaur district. Police Home Guards and ITBP personnel have reached the site for rescue operations. The QRT team of Sangla Police is engaged in extracting the dead bodies," the SP further informed.

Himachal Pradesh CM Jairam Thakur spoke to the Kinnaur district administration and inquired about the accident. He said that the administration has started rescue operation at the spot and immediate relief is being provided there. The CM has also prayed for speedy recovery of the injured. 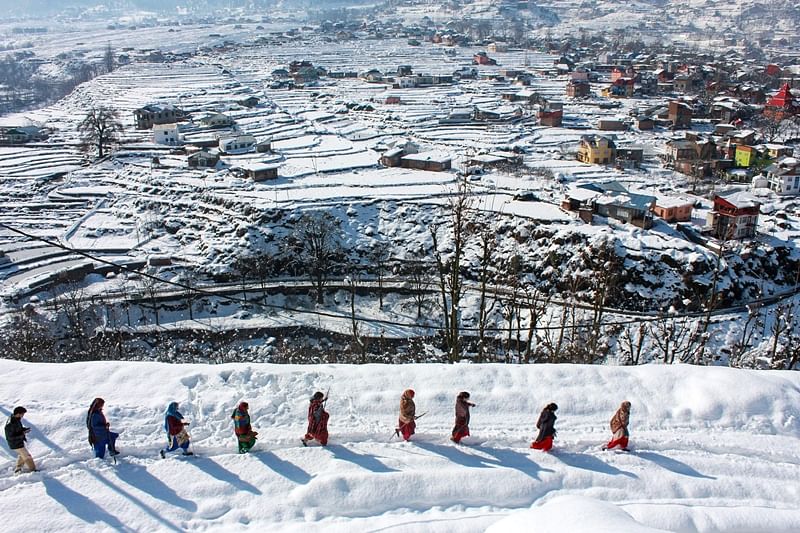 Himachal Pradesh: Educational institutions in Kinnaur to remain shut for two days due to snowfall