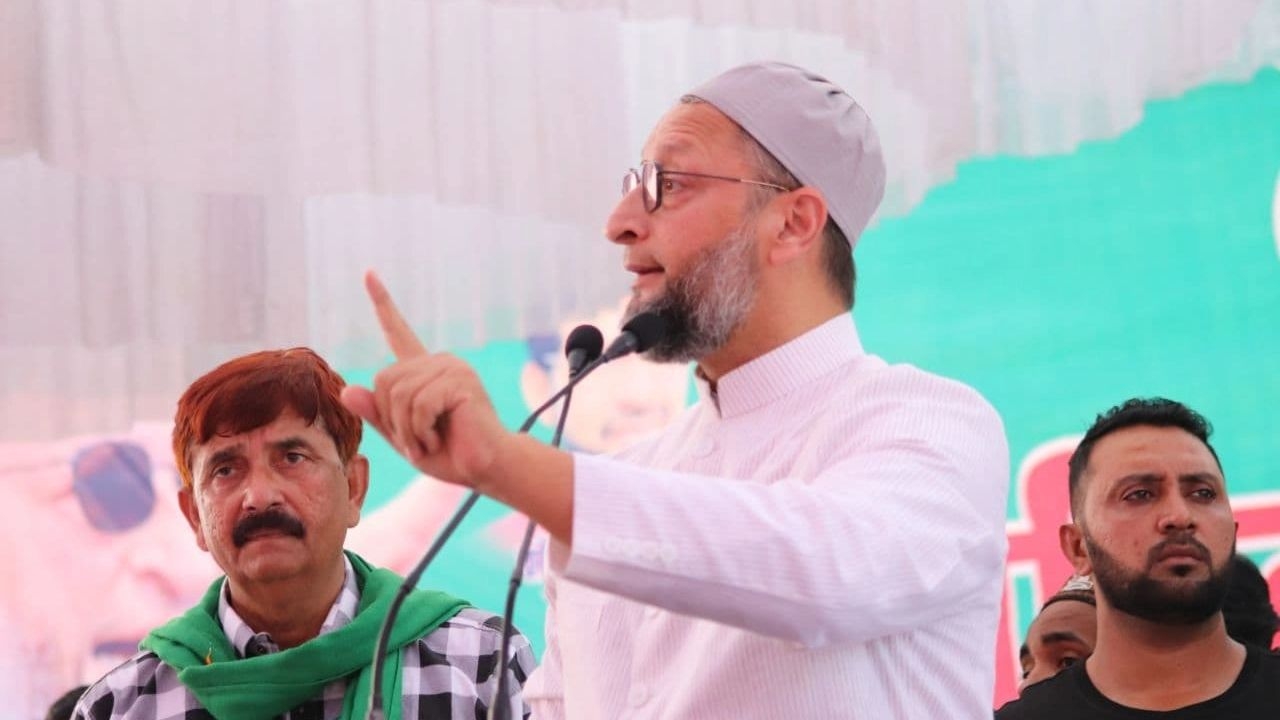 All India Majlis-e-Ittehadul Muslimeen (AIMIM) supremo Asaduddin Owaisi slammed actor Kangana Ranut for calling India’s independence in 1947 a “bheek” or handout and the Modi Government for not taking any action against her.

A "mohtarma" received the highest civilian award. In an interview she said India got independence in 2014. Had a Muslim said what she said, UAPA would have been slapped on him and sent to jail after encounter: AIMIM chief Asaduddin Owaisi in Aligarh pic.twitter.com/u7hwyXldWC

In a video doing rounds on social media, the AIMIM chief can be heard addressing a gathering in Aligarh, saying: "A mohtarma [madam] has received the highest civilian award. In an interview, she said India got Independence in 2014. Had a Muslim said what she said, UAPA would have been slapped on him. He would have been sent to jail after being shot in the knee.”

Kangana, during a recent interview with television news channel Times Now had said what India attained in 1947 was not freedom but "bheek" (handout). And that the country truly achieved freedom in 2014.

The actor, who was bestowed with the fourth highest civilian honour --the Padma Shri award by PM Modi's government this month, was understood to have been referring to the Modi and BJP's rise to power in 2014.

After a massive outrage over her remarks, Kangana took to Instagram to defend herself and said that she would return her Padma Shri award if anyone proves that she disrespected martyrs and freedom fighters in her interview.

Owaisi said if any Muslim would have said this he would have labelled a ‘traitor’. “She is a queen and you are the king. Hence, you won’t do anything,” he said, taking a dig at the 'Queen' film actor and the Modi government, whom Kangana is an ardent supporter of.

“Baba had threatened to charge people with sedition if anyone dared to comment on the India-Pakistan (T20 World Cup) match and sent to jail,” he further said, referring to Uttar Pradesh Chief Minister Yogi Adityanath’s warning to those celebrating Pakistan's victory over India in the World cup game. He then sought to know from Yogi and Prime Minister Narendra Modi if Kangana Ranaut would be charged with sedition. “Is sedition only for Muslims?” Owaisi asked. 'Should I call this thinking madness or treason?': Varun Gandhi slams Kangana Ranaut for...