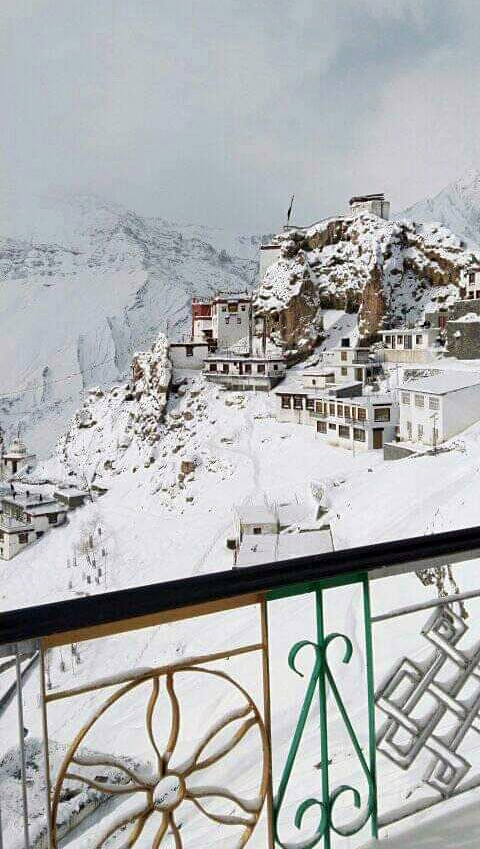 During harsh weather conditions and amid heavy snowfall, the healthcare workers in Himachal Pradesh are carrying out the COVID-19 vaccination drive , reported PIB India.

Their determination and dedication is praised everywhere.

Undeterred by the inconsistent and harsh weather conditions, the healthcare workers in #HimachalPradesh are carrying out the #COVID19 vaccination drive.

Braving the odds, their determination reflects the country's zeal to combat the pandemic.#IndiaFightsCorona pic.twitter.com/bEwSYEunUg

Roads in Kinnaur district and towns in Shimla district such as Narkanda, Jubbal, Kharapathar, Rohru and Chopal have been cut off with heavy snow cover piled on roads, a government official told IANS.

While picturesque tourist resort Kufri recorded the highest snowfall in the state at 55 cm, it was 30 cm in Dalhousie, 21.6 cm in Kalpa, 15 cm in Shimla and 2 cm in Manali.

The state capital recorded a low of minus 0.2 degree Celsius.

The higher reaches of Kullu, Chamba, Sirmaur, Shimla, Mandi, Kinnaur and Lahaul-Spiti districts experienced heavy snowfall in the past 24 hours.

Upper areas in Manali have also been closed for traffic owing to heavy snow, the official said.

There are chances of moderate to heavy snowfall in the state till Monday, a MeT Department official told IANS.

He said most of the lower areas in the state, particularly Solan, Kangra, Bilaspur, Hamirpur and Una districts, have been experiencing moderate to heavy rainfall.