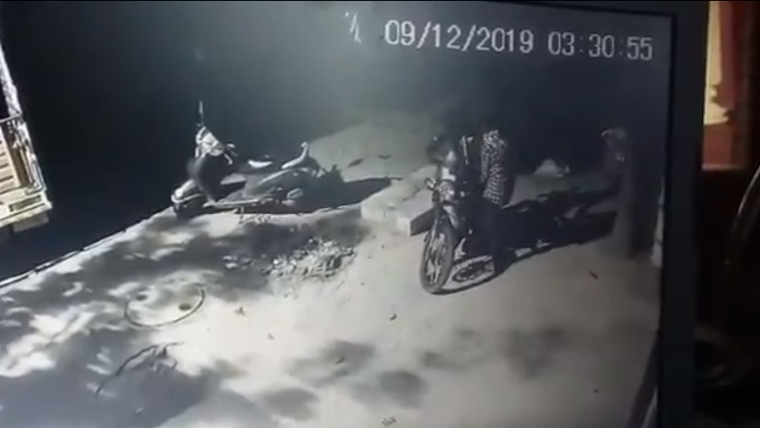 In a shocking incident in Bengaluru, three bikes were stolen from Wellington Paradise Layout on Monday. Ina CCTV footage, the group of three thieves can be seen breaking the locks and moving the bikes in the middle of the night.

A Kerala-based techie, Clint Tom who lost his Royal Enfiled Himalayan bike told the Indian Express, “As I checked the CCTV footage recorded by the camera installed facing outside my place, a trio was seen breaking the handle-lock first and then moving the bike away.”

As he went around inquiring about his bike in the area, he realized that two other bikes were also stolen on during the same night. “The other vehicles include a Royal Enfield Classic 350 bike and a Honda Dio scooter,” he said.

The residents later went to a nearby police station to file a complaint but allegedly the police did not show urgency in addressing the matter.

The techie later also posted a video from the police station asking him to come in the evening and meet the inspector.