The protests in Karnataka began after six students of the Government Girls PU college in Udupi district alleged last month that they had been prevented from attending classes for wearing headscarf.

Bengaluru: The rape rate is highest in India because some women don't wear hijab, said a Congress MLA in Karnataka amid a raging row over the use of the headscarf in the state's educational institutes.

"Hijab means 'parda' (veil) in Islam. It is for hiding the beauty of girls when they come of age. Today you can see that the rape rate is the highest in our country. What do you think is the reason for this? The reason is that several women don't wear hijab," said the MLA, Zameer Ahmed.

Going further with his shocking logic, the Congress MLA, speaking to news agency ANI, said, "But, wearing hijab is not compulsory, only those who want to protect themselves and those who don't want to show their beauty to everyone wear it. This has been in practice for years".

What began as a school issuing an order apparently to protect secularism in the classroom has now snowballed into protests and counter-protests across Karnataka, spreading elsewhere the country and beyond.

The protests in Karnataka began after six students of the Government Girls PU college in Udupi district alleged last month that they had been prevented from attending classes for wearing headscarf.

Tensions escalated further as some students in Udupi and elsewhere entered classrooms with saffron shawls to show their support of their college's hijab ban.

The Karnataka High Court on Friday, in an interim order, advised students to avoid wearing the hijab, saffron shawls or any religious clothing in class "until further orders". The court was hearing multiple petitions challenging a prohibition on hijab in the state. The hearing of the pleas will continue today, February 14.

Read Also
Watch Video: 'Hijab is our right, Hijab is our pride', women in Mumbai take to streets to protest... 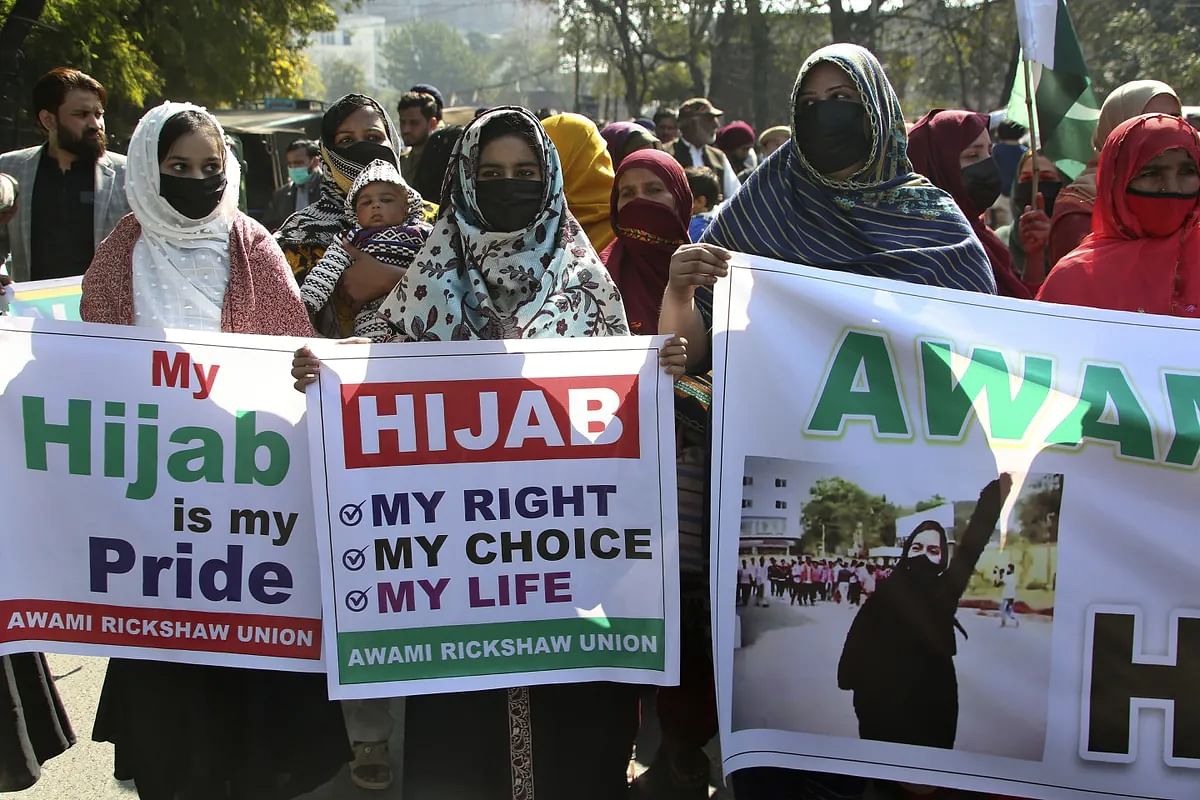