WATCH: Portion of mountain caves in day after Jammu and Kashmir tunnel collapse in Ramban

Nine workers are still trapped in the debris and their chances of survival are slim, according to officials.

A day after an under-construction tunnel in Jammu and Kashmir's Ramban district collapsed, a portion of a mountain fell apart in the Makerkote area at Jammu–Srinagar National Highway in Ramban near the site of the recuse operation, where a part of an under-construction tunnel collapsed late last night, ANI reported sharing the video of the incident.

"We were not expecting something like this. Two machines got stuck. Due to wind storms, rescue operation was impacted. 16-17 hours of operation was wasted. Have to make a new assessment," Deputy Commissioner of Ramban Massaratul Islam said.

A labourer was killed and three rescued after a part of an under-construction tunnel collapsed on the Jammu-Srinagar national highway in the Ramban district, officials said.

Nine workers are still trapped in the debris and their chances of survival are slim, according to officials.

"Around 10:15 pm on Thursday, the audit tunnel of T3 on the highway near Khooni Nallah in Ramban collapsed, trapping 11-12 labourers of Sarla Company working there," news agency PTI cited a senior official as saying.

The rescue operation on the national highway stretch between Ramban and Ramsu started at midnight and was going on in full swing, with rock-breakers being used to reach out to those trapped.

Union minister Jitendra Singh termed the collapse of a part of the tunnel "unfortunate".

At least 10 labourers working inside the T3 tunnel on the Jammu-Srinagar national highway at Makerkote in Ramsu near Khooni Nallah were trapped inside when it collapsed around 10.15 pm on Thursday. 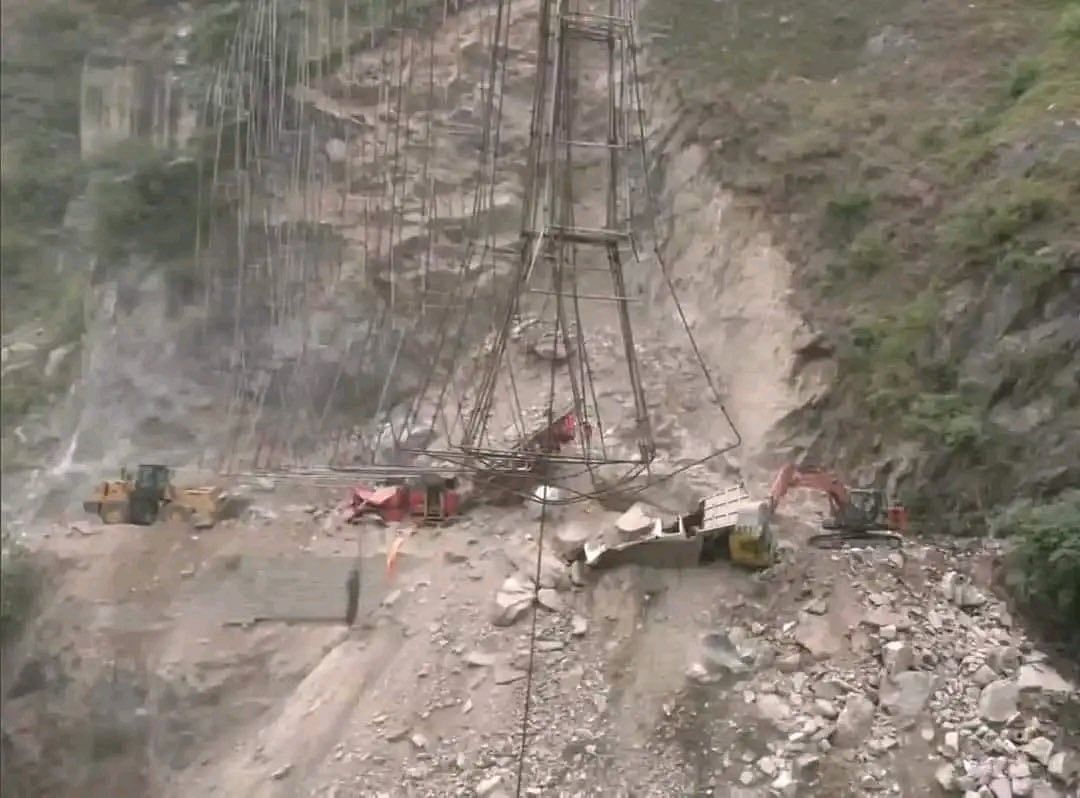 HomeIndiaWATCH: Portion of mountain caves in day after Jammu and Kashmir tunnel collapse in Ramban