Himachal Pradesh, Uttarakhand and various other parts of India likely to get heavy rainfall on Monday; deets inside 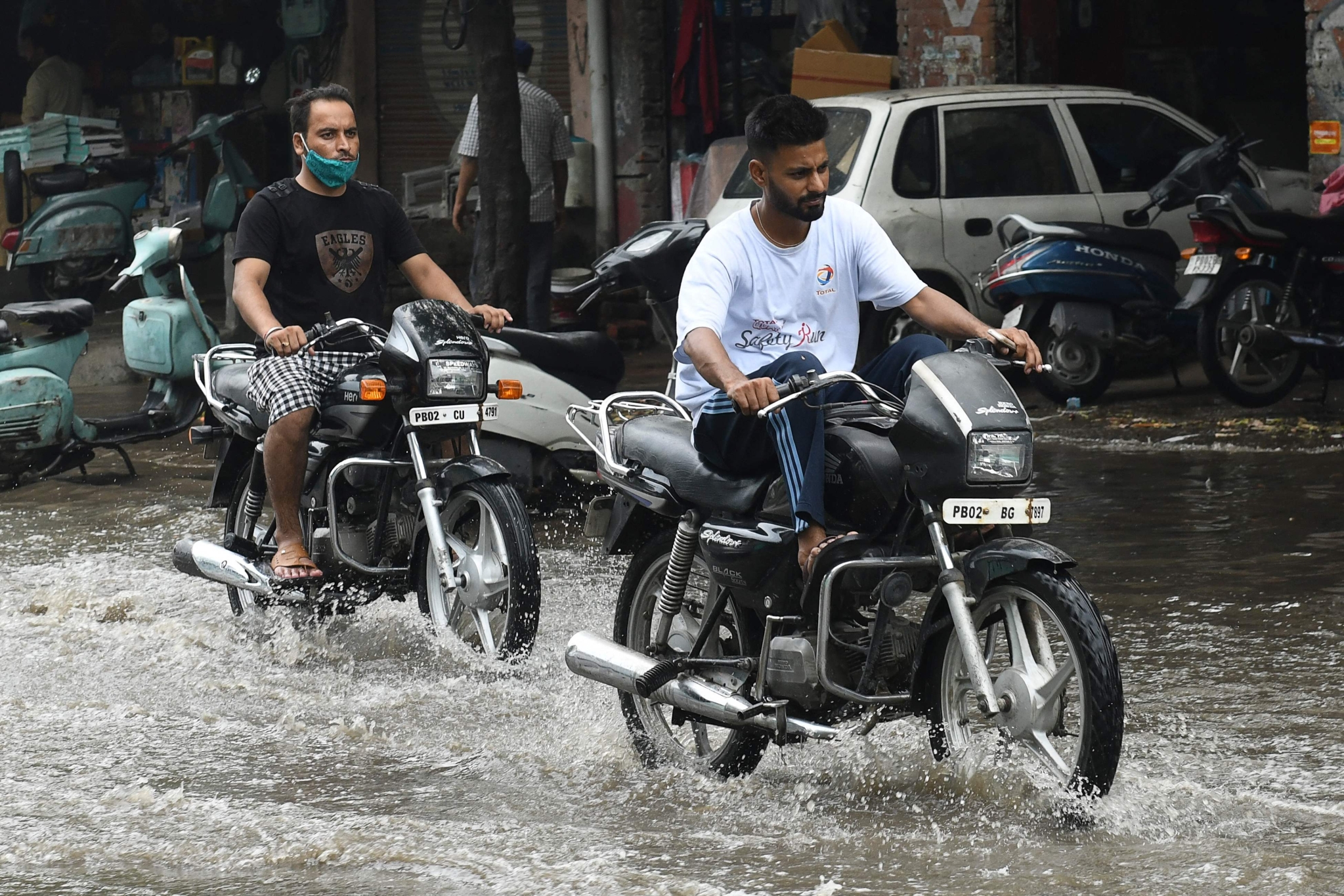 Commuters make their way through a water-logged street after a rain shower in Amritsar on July 25, 2021. | (Photo by AFP)

Warning of an increase in rainfall activity over Western Himalayan Region and adjoining plains of northwest India from Monday, the IMD said that fairly widespread to widespread rainfall with isolated heavy to very heavy falls is likely over Himachal Pradesh and Uttar Pradesh during July 26 and 29, over Uttarakhand during July 25 and 29 and over Jammu & Kashmir, Ladakh, Gilgit-Baltistan & Muzaffarabad, Punjab, and Haryana from July 27 till 29.