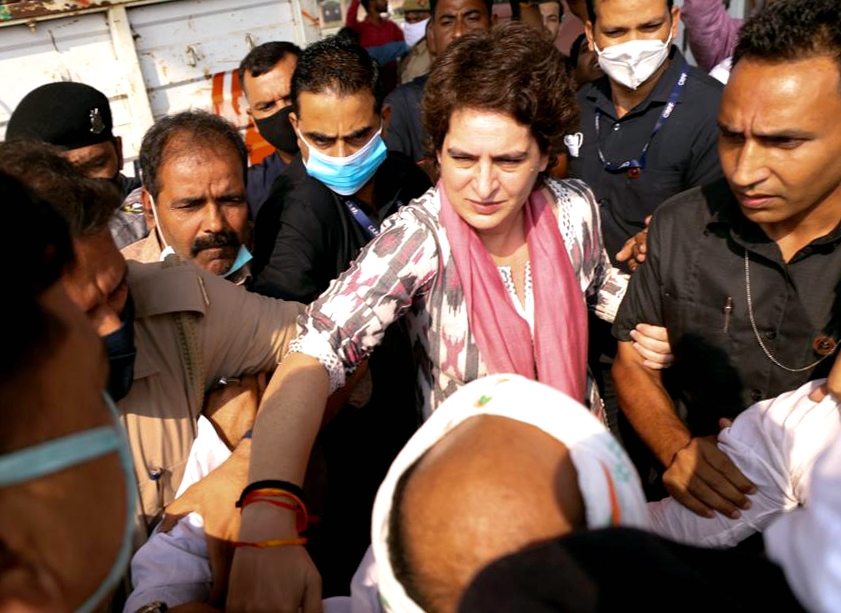 Lucknow: After hours-long drama, detention and clarification, Congress General Secretary and in charge of Uttar Pradesh Congress Priyanka Gandhi was allowed to go to Agra on Wednesday evening. She is expected to reach Agra late this evening.

Earlier in the afternoon, Priyanka was detained by police at Unnao border while she was leaving for Agra to meet the family of a sanitation worker who died in police custody.

Police in a theft case detained Arun Balmiki, a sanitation worker in Agra where he died on Tuesday night. The family members of the sanitation worker accused that death was caused due to excessive torture given to him in the police custody.

After hearing this news, Priyanka Gandhi decided to go to Agra and meet the family of the deceased. Congress leader was stopped as she reached the first toll plaza on Lucknow-Agra expressway. Police told her that section 144 is imposed and without permission, she cannot go to Agra. Priyanka Gandhi was taken to Police Lines along with her supporters.

Later on, the police commissioner of Lucknow clarified that Priyanka was neither arrested nor detained but was taken to Police Lines as the vehicles moving in her convoy had created traffic jam on the expressway. Late on Wednesday evening, Priyanka Gandhi was allowed to go to Agra with four people only. 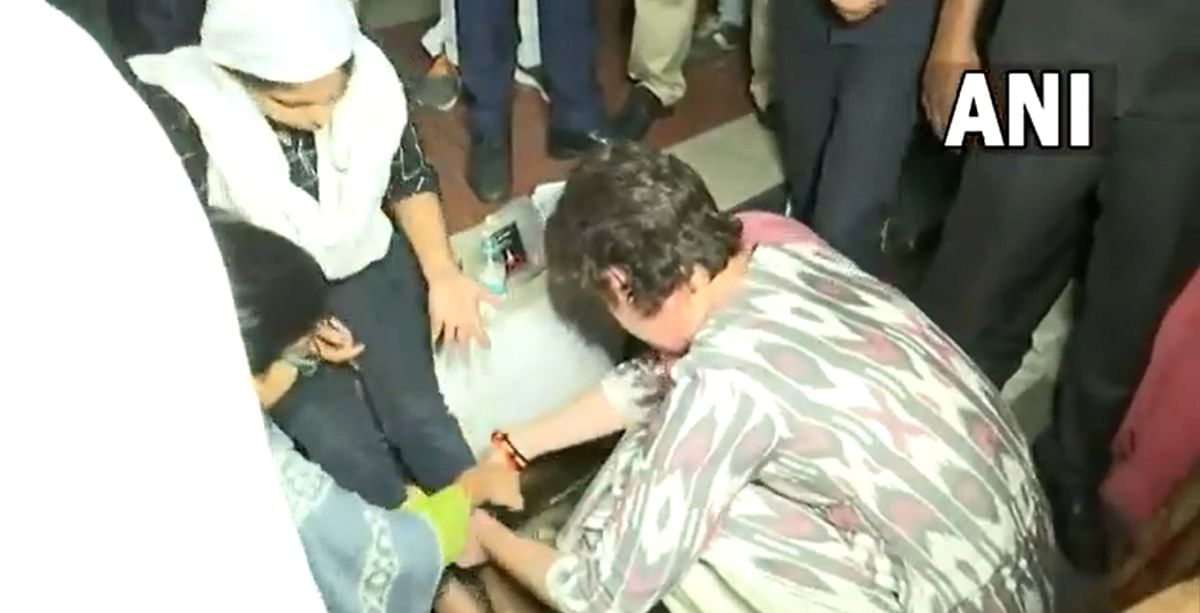 Watch video: Congress leader Priyanka Gandhi Vadra on her way to Agra stops to give first aid to...