In these, shoot-outs and encounters one wanted criminal was killed and six more history-sheeters arrested.
FPJ Web Desk 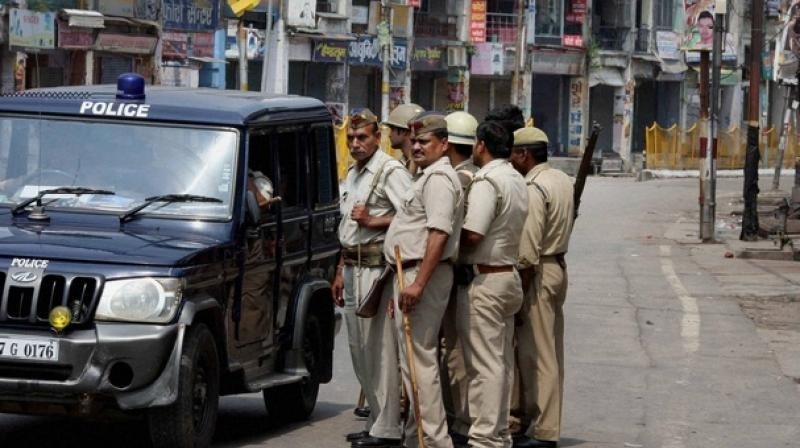 According to the Indian Express, the wanted criminal who was shot dead in an encounter was identified as Aadesh Baliyan (38). The five who were arrested have been identified as 24-year-old Shaan Mohammad, 32-year-old Jamaluddin, 30-year-old Mohammad Imran, Vaibhav Andrews alias Golu and Kailash Kumar Nishad. In overnight operations, police in Muzaffarnagar district claimed to have killed a criminal carrying a reward of Rs 1 lakh. In the same district, three more such encounters took place, leading to the arrest of three others. According to police, Gorakhpur, Kanpur and Saharanpur districts also witnessed similar operations.

SHO of Mirapur police station in Muzaffarnagar, Pankaj Tyagi, told the leading daily, that Aadesh Baliyan (38), killed in the encounter, was wanted in cases in the district and neighbouring Baghpat. He was wanted in over 30 cases, including those of murder, loot, and dacoity, and carried a reward of Rs 1 lakh. The police on Monday night received a tip-off about Baliyan's presence in Sambhalheda locality. “Joint teams of the police and STF laid a trap and tried to nab him when he fired at us,” The Indian Express quoted the SHO. Baliyan was hit in the chest with a bullet and he was brought dead at the nearest health centre. A couple of pistols were recovered from Baliyan.

Police had the input that Baliyan and an unidentified accomplice were planning to kill someone on Roorkee road area. “We challenged the criminals but they opened fire and we fired back. A bullet hit Baliyan on the chest while his accomplice has managed to escape. We have launched a manhunt to trace his accomplice,” Deputy SP, Special Task Force (STF), Brijesh Kumar Singh told The Indian Express.

24-year-old Shaan Mohammad was arrested from Kakrauli, he carried a reward of Rs 25,000 on his head. He was hit at his leg and was admitted to the district hospital and was out of danger, claimed circle officer (CO) of Bhopa area, Ram Mohan Sharma. In another incident in Khatauli police station area, 32-year-old Jamaluddin was arrested after he suffered a gunshot injury on the left leg in an exchange of fire. “Jamaluddin was wanted in more than 10 cases in Muzaffarnagar that include murder, loot, Cow Slaughter Act and dacoity. During a vehicle checking drive, we tried to stop a motorcycle around 8:30 pm on Monday. The man on the vehicle opened fire at the police team and sped away. A police team chased him and in retaliatory firing, he suffered a gunshot injury. He was arrested after primary medical treatment,” Harsaran Sharma, SHO of the Khatauli police station told the Indian Express.