The Uttar Pradesh Police has prohibited the religious processions during Muharram due to the COVID-19 pandemic. Following the circular issued by Uttar Pradesh Director General of Police (DGP) Mukul Goel on July 31, the Shia clerics have raised questions over the objectionable language used in it.

The clerics in Uttar Pradesh have objected to a circular released by the state government banning Muharram. The clerics have expressed dismay over the word 'festival' used to describe the event.

No procession (called tazia) is allowed to be taken out during the 10 days - from August 10 to 19 - when Muharram will be observed. Goel has also directed that clerics must be involved to ensure Covid-19 guidelines are followed.

The All India Shia Personal Law Board convened a meeting on Monday to discuss the issue. Terming it as a 'charge sheet against the Shia community', the clerics have demanded the UP government to immediately withdraw the guidelines.

"The guidelines are unacceptable as it shows the peace-loving Shias in poor light," IANS quoted Maulana Kalbe Noorie as saying. "The language is condemnable. We have asked Muharram committees to boycott meetings convened by the police and administration," he added.

"The DGP should know that Muharram is certainly not a 'festival' but a period of mourning. The guidelines show the insensitivity of the state government towards the Muslim community," Maulana Yasoob Abbas, President of the Shia Markazi Chand Committee, told IANS.

All the police officers must be briefed one day before the festival of Muharram begins, the DGP said in his letter, asking strict monitoring of content on social media. Such content must be blocked, he has directed the police officials.

The Shia clerics have appealed to all the Ulama and organisations to boycott the peace meetings at the district and city level if the guidelines are not withdrawn.

The UP Directorate General of Police (DGP), Mukul Goel, in the guidelines issued on Sunday night, ordered that Muharram should be celebrated in the state alongside adherence to Covid-appropriate behaviour and by keeping in the mind the restrictions that are in place to tackle the pandemic.

The UP DGP also urged his officers to communicate with religious leaders for spreading awareness about Covid-19 and the need to celebrate Muharram indoors.

"All the programs to be held on Muharram should be decided in the meeting of the peace committee," he said.

He also ordered the deployment of adequate amount of police force in sensitive areas. The DGP instructed, "Adequate number of police PAC force reserves should be kept in every district."

Uttar Pradesh's decision to not allow religious processions during Muharram comes after the Yogi Adityanath government had banned the Kanwar Yatra earlier this month due to the raging Covid-19 pandemic. 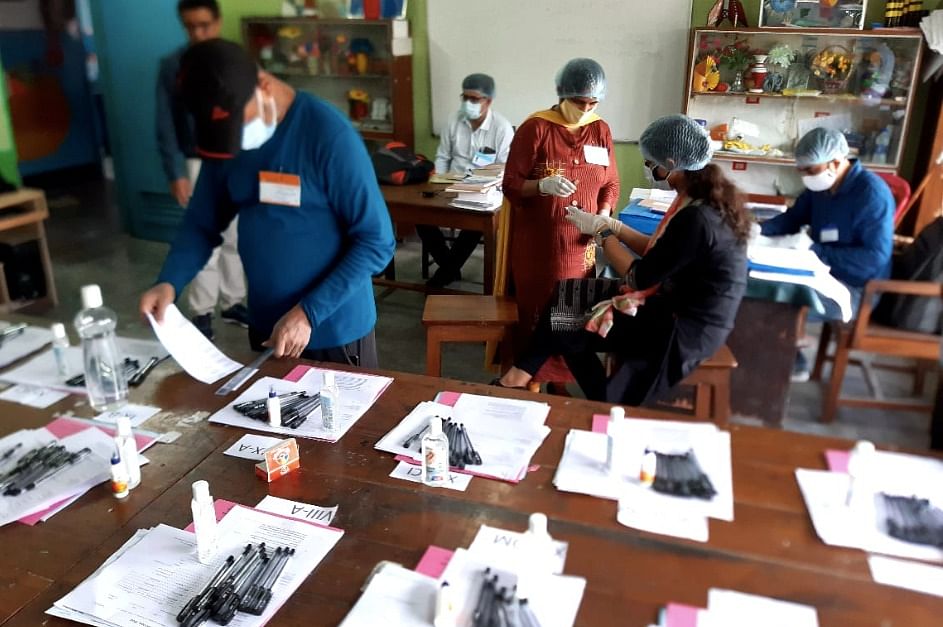