Under the organised programme 'Raksha Samarpan Parv' on November 19, PM Modi is scheduled to interact with girl students representing all the 33 Sainik Schools across the country during his visit to Jhansi.
ANI 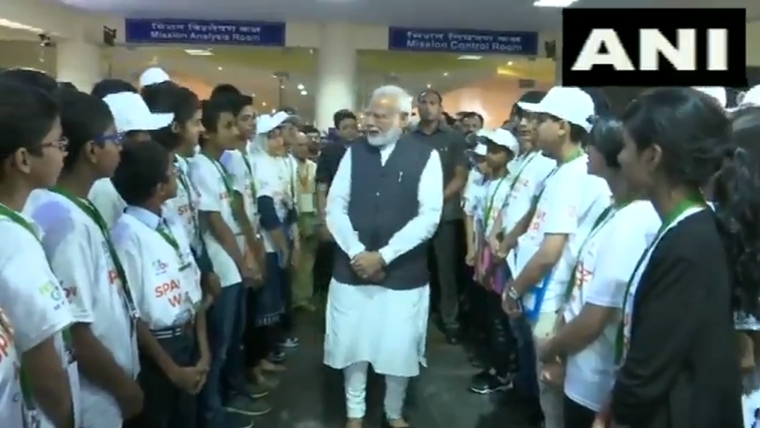 Jhansi: Prime Minister Narendra Modi will interact with 33 newly joined girl students from Sainik Schools, representing all the 33 Sainik Schools across the country during his visit to Jhansi on Friday.

Prime Minister's interaction is part of his scheduled programmes organised under 'Raksha Samarpan Parv' scheduled at 5 pm at the Jhansi Fort.

After his arrival here in the city, PM Modi will first visit Jhansi Fort ramparts and subsequently salute the national flag and witness the retreat ceremony, informed the Ministry of Defence (MoD).

"After that the Prime Minister will interact with 33 newly joined Girl students from Sainik Schools, representing all the 33 Sainik Schools across the country," the MoD said.

It may be recalled that the government has recently opened Sainik Schools for the admission of girl students.

Following this, PM Modi will arrive at the main event dais, where he will be welcomed by Defence Minister Rajnath Singh, Uttar Pradesh Governor Anandiben Patel, Uttar Pradesh Chief Minister Yogi Adityanath, Minister of State Ajay Bhatt and other dignitaries.

Prime Minister is scheduled to dedicate a number of schemes to the nation that includes setting up of 100 new Sainik Schools; launch of National Cadet Corps (NCC) Border and Coastal Scheme, NCC Alumni Association and national programme of simulation training for NCC cadets.

PM Modi will lay the foundation stone of the Rs 400 crore project of Bharat Dynamics Ltd at the Jhansi node of Uttar Pradesh Defence Industrial Corridor before addressing a gathering here in the city.

He will also hand over indigenously developed Light Combat Helicopter, drones and UAVs and Advanced EW suite for naval ships to the Armed Forces, in a boost to Aatmanirbhar Bharat (self-reliant India).

It will be followed by an address by various dignitaries. In between, some short films on the various issues will also be screened.

PM Modi is participating in the concluding event of the three-day 'Rashtra Raksha Samarpan Parv' inaugurated on Wednesday by Defence Minister Rajnath Singh in Jhansi, which lies in the region of Bundelkhand on the banks of the Pahuj River.

The 'Rashtra Raksha Samarpan Parv' is being organised along with the government of Uttar Pradesh.

Ministry of Defence (MoD) is formally dedicating a number of schemes to the nation in the celebration titled 'Rashtra Raksha Samparpan Parv'. These events are part of the 'Azadi Ka Amrit Mahaotsav' celebrations. 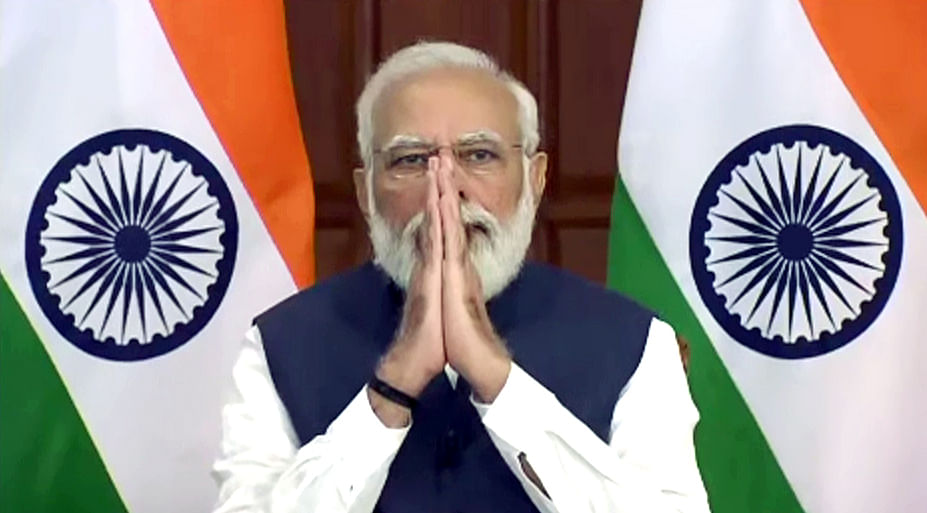 100 new Sainik schools to be launched by PM Modi, NCC Alumni Association in Jhansi on November 19