Uttar Pradesh: Opposition parties engage in war of words with each other ahead of 2022 UP Assembly polls

The latest attack on Congress has come from SP Chief Akhilesh Yadav who has said the party will not get a single seat in the coming assembly elections.
Rashmi Sharma 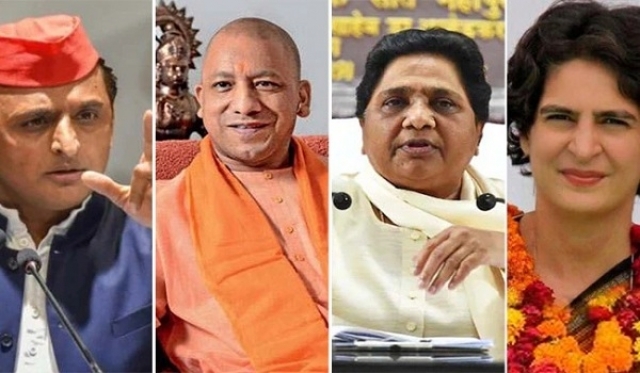 Leaving behind the idea of fighting unitedly against the ruling BJP, the opposition parties in Uttar Pradesh have started fighting with each other instead. While congress and the Samajwadi party have been engaged in a war of words for the last few weeks, the Bahujan Samaj Party (BSP) supremo Mayawati has been targeting both these opposition parties for all the miseries of people.

The latest attack on Congress has come from SP Chief Akhilesh Yadav who has said the party will not get a single seat in the coming assembly elections.

Earlier, Congress general secretary Priyanka Gandhi had accused Akhilesh Yadav of not raising the problems of common people. She even said that the Samajwadi regime can never be forgotten because of hooliganism. Not sparing Mayawati, she even termed her party as 'loot ki Sarkar'. Priyanka Gandhi had made these allegations at a rally in Moradabad this week.

Reacting to it, the SP Chief during his tour of Bundelkhand said that Congress would get zero seats in the coming UP assembly elections. It may be mentioned that SP-Congress together had contested 2017 assembly polls in UP, but both performed badly.

After having a bitter experience with Congress, SP allied with BSP during the 2019 parliament election but this too failed as the duo could get only 15 out of 80 seats.

This time the SP had declined to ally with any of the major parties in the state and instead decided to take small parties with it.

Commenting on opposition parties not posing a united challenge before ruling BJP, political analyst Ashish Awasthi said termed it unfortunate. He said that if an alliance is not feasible, at least these parties should jointly attack BJP instead of fighting with each other. Awasthi said that such a situation would only help the ruling BJP and not the opposition.

The Prayagraj MP and senior BJP leader Rita Bahuguna Joshi while mocking it said that congress would not get more than five seats in the coming UP assembly elections.

She said that all the opposition parties including SP-BSP and Congress would perform poorly and their tally will likely be the same as it was in 2017. Rita was earlier state president of congress but deserted it in 2017 to join BJP.