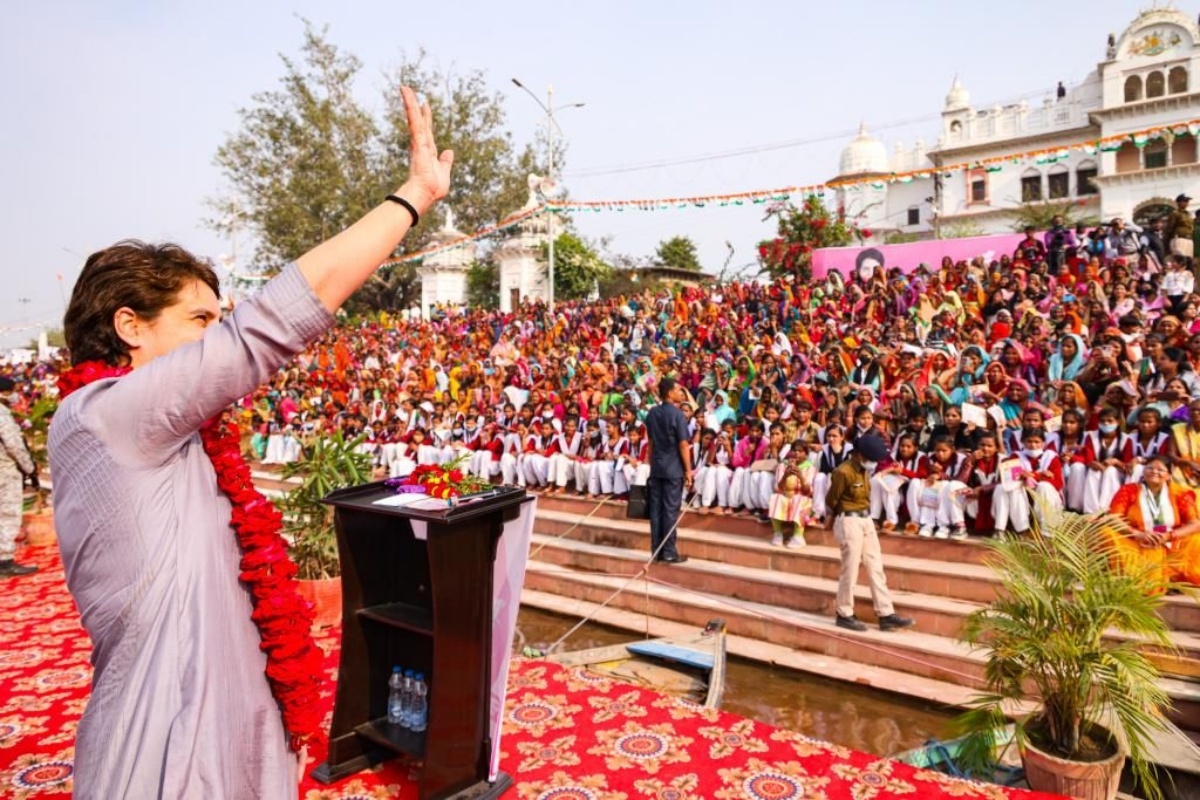 Lucknow: At the Ghats (riverbanks) of Chitrakoot, noted poet Tulsidas created Ram Charit Manas depicting victory of good over bad. At the same place on Wednesday congress leader Priyanka Gandhi spoke to women asking them to fight unitedly against the evil forces. She called upon the women to take on the fight themselves and not to bank upon any evil government or the media for their rights.

Listing out women security as her top priority, Priyanka said that if voted to power she would ensure 25 percent reservation to females in police recruitments. Besides a special commission would be set up to listen to the grievances of women in UP. The officials not redressing the problems of women in ten days’ time limit would be suspended assured congress leader.

In a state like Uttar Pradesh where caste, creed and religion have been dominating electoral politics since long, Priyanka Gandhi has been trying to create a new segment of women voters. To woo this segment She has already made several announcements such as 40 per cent reservation in tickets, smart phone & scooty to girl students, free three gas cylinders and travel in government buses if voted to power. 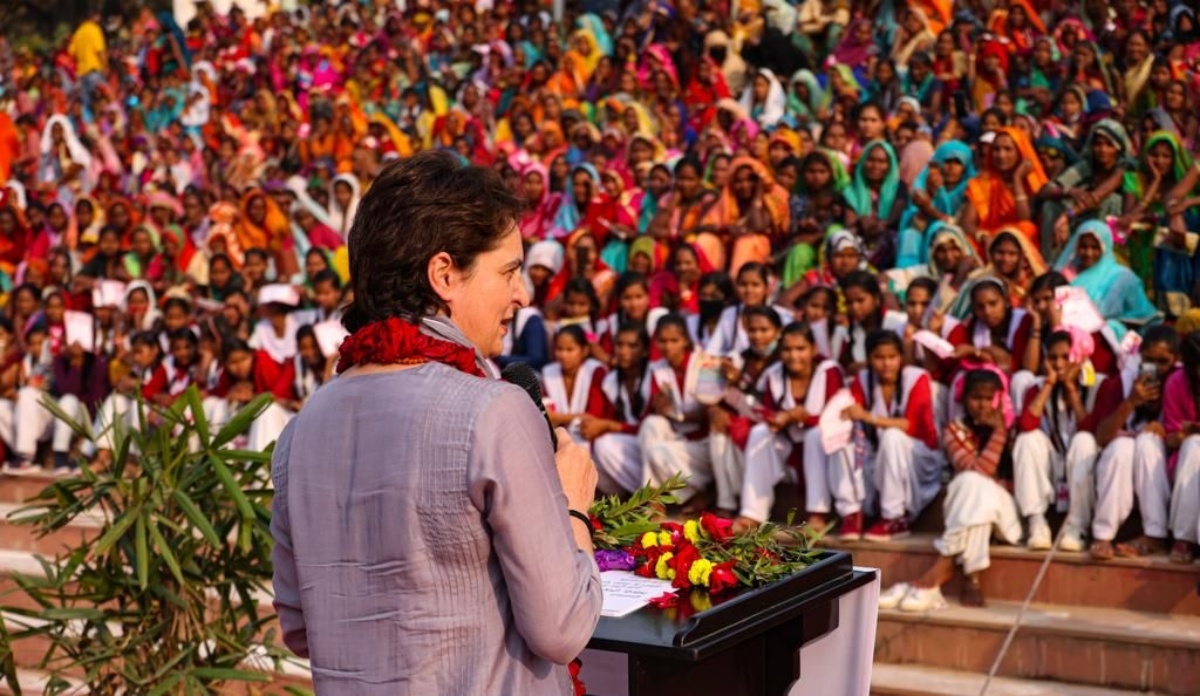 In an interactive session especially with women at Ramghat in Chitrakoot district of UP, Priyanka Gandhi said that their participation in politics is must to improve the conditions. Women must have a say in policymaking and then only her problems would be solved. She said that struggle is the part of every woman’s life and this is going on for the past several hundred years. Citing the example of Rani Laxmibai, she said that her’s was the fight for right and the country. Women today is going through similar fight be it home, field, society or anywhere else. 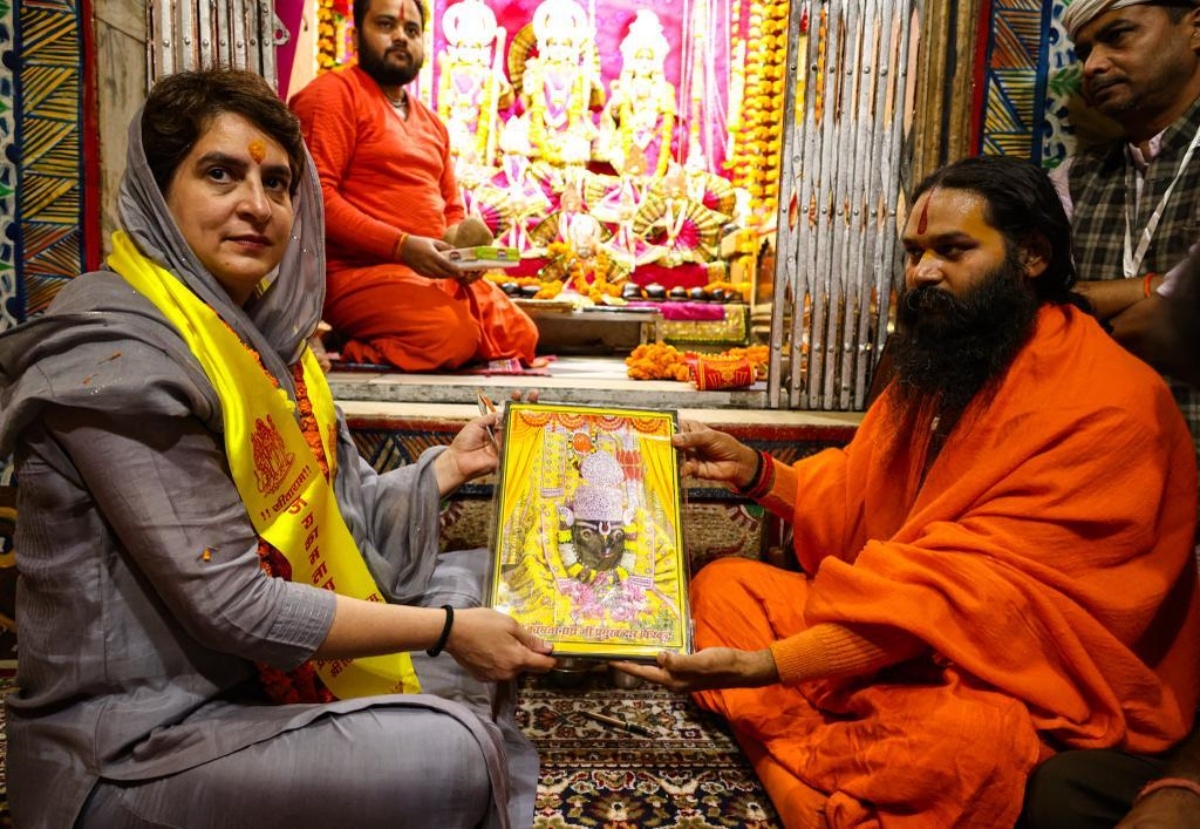 Amidst a crowd of several thousand women, Priyanka raised the issue of inflation and asked as to how it has been affecting their life. She said that muster oil is selling for Rs 250 per Kg and cylinder for Rs 1000 and the government is trying deviate people’s attention from these miseries by giving few sops.

Before the interactive session with women, Priyanka Gandhi visited famous temples in the holy city of Chitrakoot also.