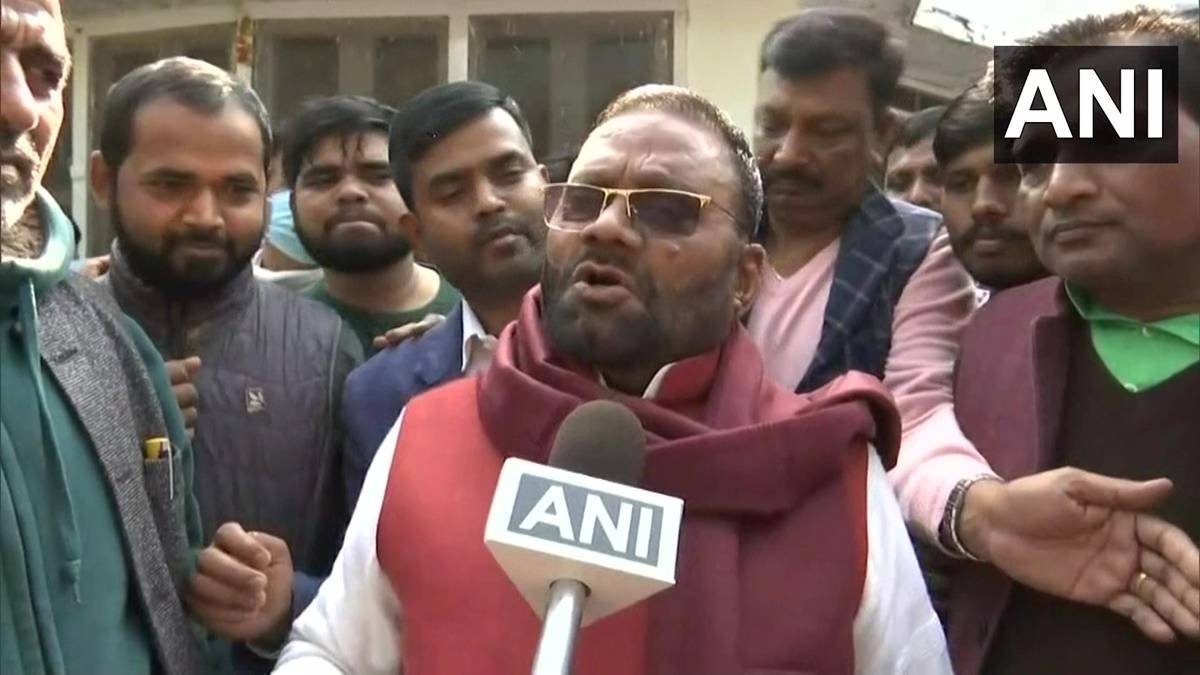 Swami Prasad Maurya, who recently resigned from Yogi Adiyanath cabinet, met Samajwadi Party (SP) chief Akhilesh Yadav along with his associates on Thursday and said an official announcement of his joining the party will be made on Friday.

Taking a jibe at the ruling Bharatiya Janata Party (BJP) in the state, he said in the upcoming Assembly polls in the state, they will defeat the BJP and push them back to the same number of seat they had before 2017, when the SP was in power.

"A formal meeting was held with Samajwadi Party chief Akhilesh Yadav and I introduced my associates to him. The official announcement will be made tomorrow. We will make BJP shrink to 45 seats like it was before 2017," Swami Prasad Maurya told media persons on Thursday.

The development comes in the backdrop of a spate of resignations from the ruling BJP.

On Thursday, OBC leader Dharam Singh Saini became the third minister to resign from the Uttar Pradesh cabinet this week, giving yet another jolt to the ruling BJP in the run-up to the assembly polls.

Hours before Saini's resignation, Shikohabad MLA Mukesh Verma announced that he is leaving the BJP.

Most of the eight MLAs, including the ministers, who have declared they are quitting during the last three days are from the Other Backward Classes and appear to be headed towards Akhilesh Yadav's Samajwadi Party.