He will contest as Azad Samaj Party (ASP) candidate from the high profile constituency.

Lucknow: Failing to find a berth in an SP-led Opposition alliance, 35-year-old Dalit leader Chandra Shekhar Azad, alias Ravan, has decided to take on Chief Minister Yogi Adityanath in Gorakhpur. The flamboyant leader has often said that his fight is against BJP/RSS ideology.

After the lawyer-turned activist’s political outfit, the Azad Samaj Party, failed to forge an alliance with the Samajwadi Party, he announced that he will contest UP polls on his own. Until now, he has announced candidates in four dozen assembly seats in the state and hopes to play the spoiler by cornering the Dalit votes, many of which went into the BJP kitty in the last Assembly election.

Feeling let down, Azad accused Akhilesh Yadav of ignoring Dalits and not accommodating them in the alliance despite the latter’s pretensions about fighting for social justice. Till now Chandra Shekhar has announced names of candidates on four dozen assembly seats.

With Azad announcing his candidature, the Opposition parties face the prospect of either frittering away their energies in a multi-cornered contest or taking on Yogi from a single platform. Polling would be held on this seat on March 3 in the sixth phase. Till now, no party, except the BJP, has announced its candidate.

When asked about giving support to Ravan, Akhilesh was non-committal and said that there are many leaders in his party who would like to contest from Gorakhpur. He added that he would consult the local party unit before nominating anybody. According to SP leaders, the party might field a family member of a former minister who was associated with the BJP.

The Congress, in turn, might field Suneel Shastri, son of former Prime Minister Lal Bahadur Shastri. Suneel had deserted the BJP to join the Congress a few days back. He had earlier been elected from Gorakhpur seat. 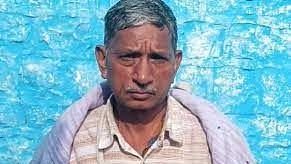 UP Elections 2022: This man from Agra is set to contest his 94th election