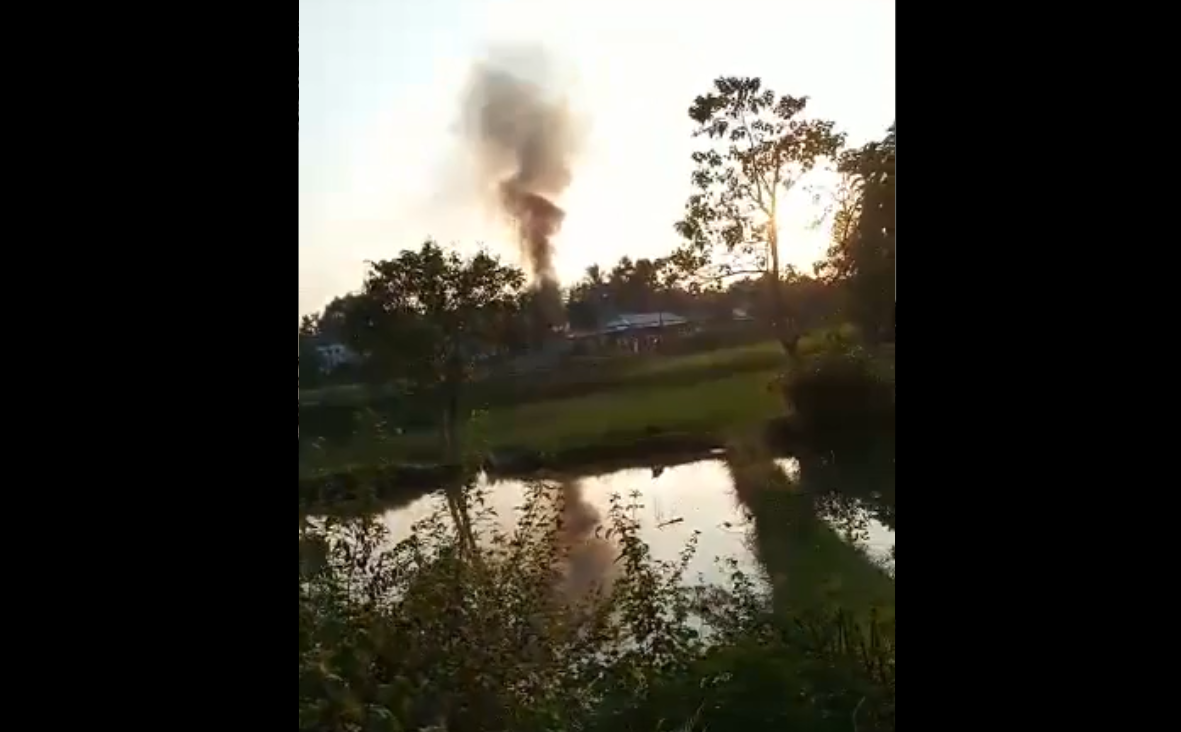 Tripura: During a Vishva Hindu Parishad (VHP) rally in Tripura, a mosque and a few shops were set ablaze in the Panisagar sub-division in North Tripura.

According to Souvik Dey, Panisagar Sub-Divisional Police Officer (SDPO), during the procession the VHP activists ransacked a mosque and few houses were set ablaze at Rowa Bazar area.

“The gutted houses and shops belonged to the minority community and a case is being filed after a person from the affected people complained to the local police station,” said Dey also mentioning that more police have been deployed at the area to maintain law and order.

According to Narayan Das, Bajrang Dal leader amidst chants of ‘Pakistan Zindabad’, people from the minority community with weapons started abusing the VHP leaders during their protest.

BJP Tripura spokesperson Nabendu Bhattacharjee claimed that though he is not aware of the incident, the police will take necessary action against the culprits.

“The BJP claimed that due to TMC there is post-poll violence in West Bengal. In Tripura, the violence is unabated. Violence is violence and BJP cannot have double stand for WB and Tripura,” said Sushmita.

Notably, Trinamool Congress’ National Secretary Abhishek Banerjee is scheduled to visit Tripura on October 31 to take stock of the situation there.