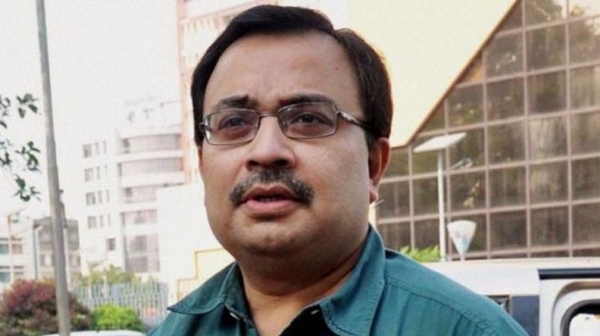 Kolkata: The TMC, which seems to have left the CPI(M) behind to emerge as the main opposition of the BJP in several wards of Tripura's municipal bodies, said on Sunday that the results are an indicator of the party's prospects in 2023 assembly elections in the north-eastern state.

The BJP, however, stated that the civic poll results exposed the "hollowness" of TMC's claims of having made inroads in the northeastern state.

Taking to Twitter, TMC's West Bengal general secretary and spokesperson Kunal Ghosh maintained that his party, which forayed into Tripura just about two months ago, has been able to secure the second position in several seats, "despite the violence unleashed by the ruling BJP" there.

"2023 is ours, it (the results) forms the foundation of Trinamool's victory in 2023," Ghosh tweeted as the results kept pouring in from different municipal bodies.

He claimed that the TMC has been able to gain support of a considerable section of people.

Alleging that the BJP was forming municipal boards by securing wins through violence and intimidation, the TMC leader further accused the police and the state election commission in Tripura of favouring the saffron party.

He thanked his party workers for their efforts and the people of Tripura for their support.

Earlier in the day, BJP national vice-president Dilip Ghosh told reporters here that the saffron camp shares a "strong bond" with the residents of that state.

The TMC will not be able to open its account in Tripura "unless the BJP decides against fielding candidate from a seat", he maintained.

"The civic poll results are on expected lines. The TMC did not have any chance to open its account in Tripura, they only made noises. This verdict shows hired people from West Bengal cannot help a party create a base in a state, which has faith in the BJP and not in Trinamool," the BJP leader added.