Advertisement
Home / India / To ban or not to ban? Vapers urge Indian government to lift ban on e-cigarettes

To ban or not to ban? Vapers urge Indian government to lift ban on e-cigarettes 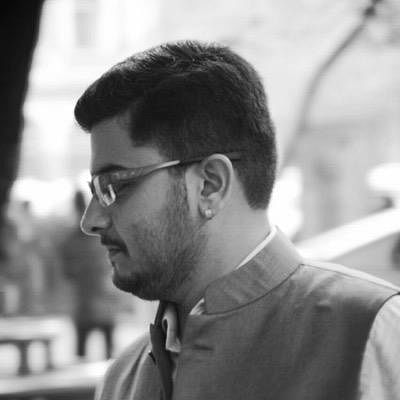 It is a well-established fact that smoking is injurious to health. But, technology advancements have provided the mankind with new alternatives as substitutes to cigarettes — electronic cigarettes (e-cigarettes), vape pens, and other vaping devices, to name a few. The e-cigarette manufacturers continually developed “new and improved” versions of their products in order to expand their market and increase sales. They were re-branded as “vaping devices” designed to appeal to youth.

On September 18, 2019, the Indian government banned e-cigarettes through the Prohibition of E-cigarettes Ordinance, 2019. Citing health risks associated with e-cigarettes, vaping devices as the reasons for enforcing the ban.

And, now, a year later, the Association of Vapers India (AVI), an organisation that represents e-cigarette users, has urged the Centre to lift the ban. While talking to The Free Press Journal, Samrat Chowdhery, Director, AVI, explained why the reasons behind their request. "There are a number of reasons, primarily from the health perspective, but also from the economic view. The ban has been largely ineffective as e-cigarettes are widely available in the black market, but now without any safeguard for teen access or quality standards. Over 100 nations now regulate vaping, with India in a small outlier group that has banned them," Chowdhery said. res. "By removing an effective safer alternative, the government is perpetuating smoking and the country’s massive tobacco crisis. Economically, too, the decision has led to the annihilation of an entire sector, which could have created revenue for the economy, while helping India quit and providing a revenue source for India’s tobacco farmers," he added.

Stressing on the fact that vapes are still available in the black market, which is in turn putting youngsters at risk, Chowdhery said, "The goal of protecting youth is not met as e-cigarettes are still available in the black market, putting them at greater risk as now there are no checks and balances to prevent teen access which regulation could have achieved. Bans have also not worked in other comparable nations such as Mexico, Thailand, and Brazil, so India’s failure comes as no surprise."

While announcing the ban, the government had said that though e-cigarettes were promoted as a tool to help people quit smoking, in some cases, they had proven to be addictive. Citing numerous international studies and research that vaping is much less harmful than smoking, the vapers’ body has been demanding that the e-cigarette sale ban in India be rescinded so that the smokers can have an access to an effective means to quit. The organisation has said that over 40 million smokers have switched under a decade because it makes the act of quitting pleasurable.

While talking about arguments on the flavours used in these vapes, Samrat Chowdhery said, "The US FDA has not banned any flavours (yet). Some US states have limited flavours to tobacco and mint. In Indian context this is a bit advanced discussion since it is here that we are struggling for basic access. Besides, why would a smoker trying to quit smoking want to vape tobacco flavour? 'Kids are attracted to flavours' is more ideological than a scientific argument, since after the flavour ban in some US states, most teen vapers switched to tobacco/menthol, which indicates flavours were not driving their willingness to vape. We, however, welcome more evidence-led debate on this issue going forward.”

The AVI has urged the Indian government to reconsider the ban in view of public health and economic imperatives, which are to end deadly smoking and create green economic activity in these troubled times.

But, a Mumbai-based Oncologist feels otherwise. Dr Tanveer Abdul Majeed, a Surgical Oncologist at Zen Multispecialty Hospital, "Vaping was devised as a methodology to quit smoking. Vaping is actually harmful, but it is relatively less harmful than smoking. In vapes and e-cigarettes, you have nicotine as a component, some flavouring agents and other chemicals to create an aerosol that you inhale, which has various effects on the body. Vaping actually causes lung injuries. It causes bronchitis, coughing and it also causes changes in the lungs. Even incidents happened where there have been deaths also cause of vaping.”

Nicotine is the primary agent in both regular cigarettes and e-cigarettes, and is highly addictive. Nicotine is also a toxic substance. It raises your blood pressure and spikes your adrenaline, which increases heart rate.

When asked if vaping can be an alternative for smoking, Dr Majeed said, "I don't think so. Though it is less harmful then cigarettes, it still causes damage to the lungs."

He also suggested the substitute for smoking can be counselling, trying to stay away from the habit, and keeping yourself busy in some healthy activity. Dr Majeed also opined that the ban should continue. He said we should try and focus on educating our youth on more constructive methods and thoughts rather than depending on smoking cigarettes, vaping, and drinking alcohol. World Health Day 2018: Is Vaping an alternative to smoking?