So, it came as no surprise when it was announced on New Year day that four ace pilots of the IAF
FPJ News Service 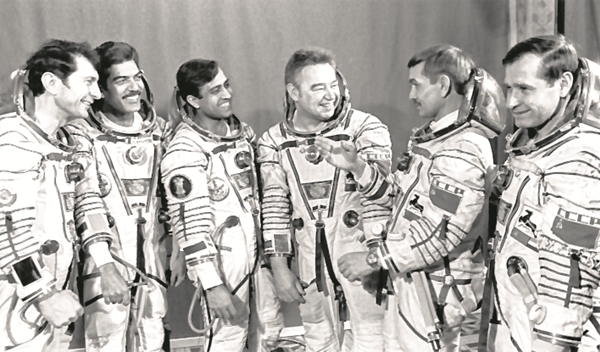 Bengaluru: Trust the Modi dispensation to pull a rabbit out of the hat, to distract, even momentarily, the masses from the simmering discontent on governance and citizenship issues.

So, it came as no surprise when it was announced on New Year day that four ace pilots of the IAF have been selected for India's maiden manned mission Gaganyaan.

Three of them will go into space to orbit around the Earth for a week and conduct experiments in micro-gravity and bio-science. The rendezvous with outer space is slated for 2021-22. No names were disclosed and sources said the BJP government will unravel the optics in the run-up to the mission. More than anything the space odyssey will be about messaging – the choice of the pilots and the areas they represent would be part of the matrix.

The quartet will undergo training in Russia from the third week of this month. Though PM Modi had hinted in his Independence address on August 15, 2018, from the Red Fort that three Indians, including a woman, would be sent into space, ISRO chief K Sivan said that the crew would be male.

IAF test pilot Wing Commander Rakesh Sharma was the first Indian to take a sojourn in outer space, albeit as a cosmonaut on board Russian craft Soyuz-T on April 2, 1984, when he was 35 years old.

In the run-up to the ambitious manned mission, the space agency will launch 2 to 3 unmanned missions in 2020 and 2021 with humanoids to test the human rating of the propulsion modules, including the crew module and the escape system in the event of an emergency in the spacecraft.

The Chandrayaan-3, too, is on course and its configuration will be similar to that of Chandrayaan-2, Sivan said. It will have a lander, rover and a propulsion module. Asked about the launch date, he said it would be announced only when the project nears completion.

The work on both Chandrayaan-3 and Gaganyaan was going on simultaneously. Noting that Chandrayaan-2 orbiter's mission life was seven years, he said it would be used for the third lunar mission as well.

Giving an estimate of the project cost for Chandrayaan-3, Sivan said the cost of lander and rover configuration is about Rs 250 crore. The total cost of the project is Rs 615 crore.

The objective of Chandrayaan-3 would also be to land on the lunar South Pole.