Since its passage in late 2019, the Citizenship (Amendment) Act (CAA) has been hogging headlines and stirring debates. The controversial act, which aims to give citizenship to members of Hindu, Sikh, Buddhist, Jain, Parsi and Christian communities who have come from Pakistan, Bangladesh and Afghanistan till December 31, 2014, appears to have divided the nation into two factions. But what began with a single act of the legislature, has since snowballed. The last two months have seen people across the country protesting against the CAA and National Register of Citizens (NRC).

In the national capital of Delhi especially, protesters continue to raise their voice against the Act and the associated NRC. And while their ongoing movement has been touted as a peaceful initiative, three different shootings, at three different locations, have hinted that many want this anti-CAA, NRC protests to end in an ugly way.

Two such anti-CAA protests which had been in the limelight are at Shaheen Bagh and one is near Jamia Millia Islamia University in Delhi. The protests at Shaheen Bagh have been going on since December 15 last year. This protest, primarily led by women, has been witnessing supporters flocking in thousands every day. To offer a counterpoint, there have also been allegations raised that these protesters are mere employees, paid to turn up and lend credence to the issue, working in shifts. 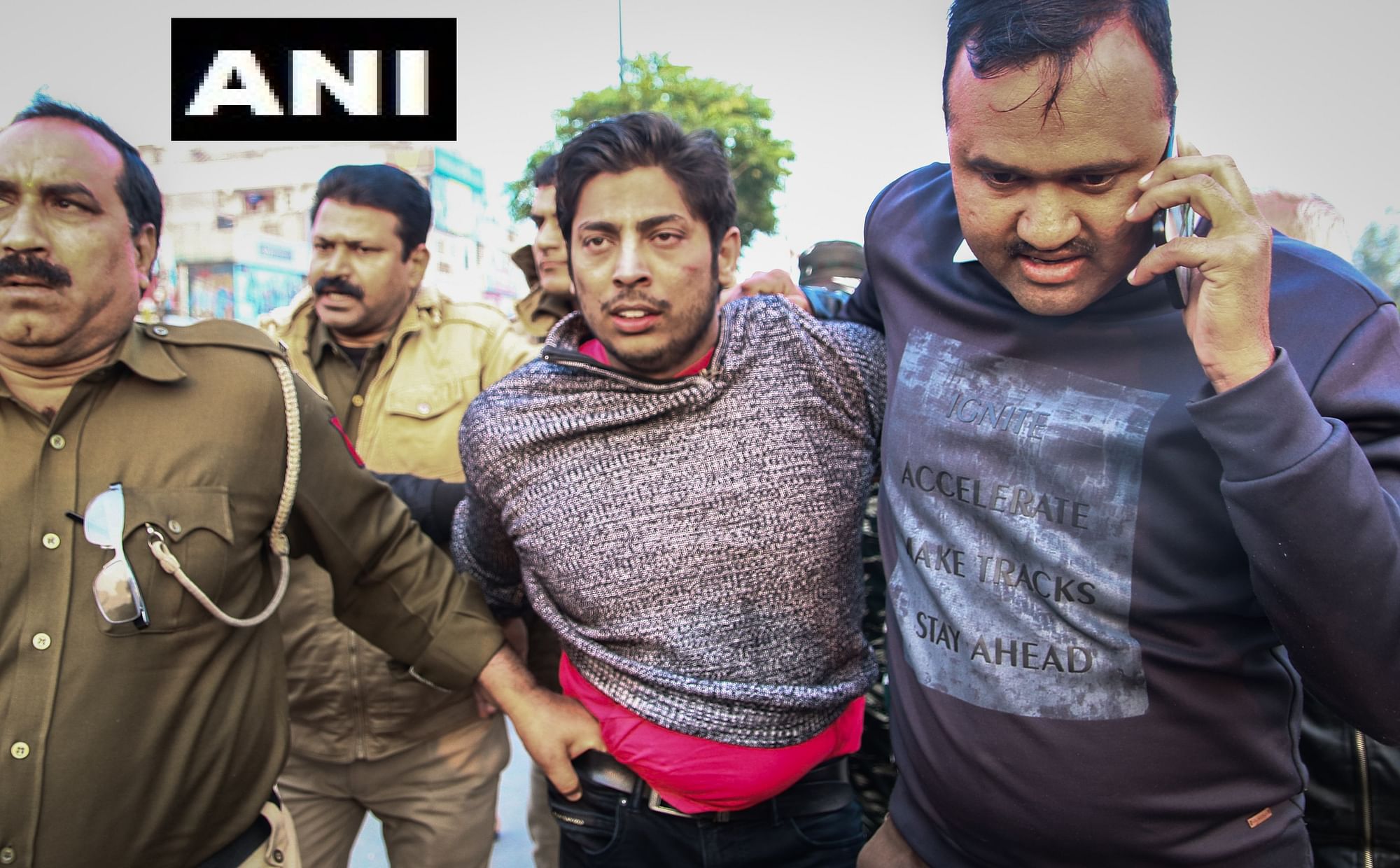 However, these peaceful protests against the CAA and NRC took a violent turn last week with three separate shooting incidents within days of each other, in southeastern Delhi.

It all started on January 30 (the anniversary of Mahatma Gandhi's assassination) when a gunman opened fire at a protest march near Jamia Millia Islamia, injuring one. The 17-year-old gunman posted live footage from the scene and wrote pro-Hindutva slogans on one of his Facebook pages, which has since been taken down. One of his posts referred to the site of a weeks-long protest against the Citizenship Amendment Act: "Shaheen Bagh, khel khatam [game over]."

He was arrested and sent to 14-day corrective custody.

Two days later, on February 1, another man fired two rounds in the air at Shaheen Bagh, the epicentre of the protest against the country's new citizenship law, and was later taken into custody. The man, who identified himself as Kapil Gujjar, opened fire close to the police barricades, nearly 250 m behind the stage. He was overpowered by police and locals and taken into custody. Gujjar chanted Jai Shri Ram and said, "Humare desh me aur kisi ki nahi chalegi, sirf Hindu ki chalegi (only Hindus shall have a say in our country, no one else)," as he was taken into custody by the Delhi Police.

Similarly, on February 3, two unidentified persons opened fire outside Gate No. 5 of Jamia Millia Islamia on Sunday night. The attackers were on a red scooter and one of the miscreants was wearing a red jacket. No one was injured in the attack.

Earlier, on January 29, a Trinamool Congress leader had opened fire at an anti-CAA protest in West Bengal's Murshidabad, leaving at least two dead. It happened after a clash between TMC and a civil society group in Murshidabad district over a protest against CAA and the proposed NRC. The clash broke out at Jalangi after a hot argument between local TMC leaders and a civil society group which had called a shutdown against the CAA and NRC.

The Delhi shootings at Jamia and Shaheen Bagh had similarities as both shouted pro-Hindu chants, while Kapil Gujjar shouted "Hindu Rashtra Zindabad" and fired two rounds. The gunman at Jamia shouted 'yeh lo aazadi' before firing shots and had posted several posts on his Facebook profile, of which one post read, "Meri antim yatra par... mujhe bhagwa me le jaayen... aur Jai Shree ram ke naare ho." Many have also linked the shooters as being followers of Nathuram Godse, who had shot Mahatma Gandhi in 1948, and was a member of the Hindu far-right.

These shootings, coming as they did in the wake of 'Goli Maaro Saalon Ko' (shoot the traitors) chants, have raised many an eyebrow. The slogan incidentally, gained notoriety after it was chanted at a Delhi campaign rally of Anurag Thakur, the Union Minister of State for Finance. Thakur was later ordered off the BJP's list of star campaigners by election authorities and slapped with a temporary campaign ban.

Since then, the rather questionable clarion call has been taken up by others including Kapil Mishra and Dilip Ghosh.

Recently, the EC also took action against BJP MP Parvesh Verma, who had said that protesters at Shaheen Bagh were capable of rape and murder.