The proposal, tabled by the United States and co-sponsored by India, called to subject Sajid Mir to an assets freeze, travel ban, and arms embargo

Sajid Mir is accused of being the mastermind behind the Pakistan-orchestrated 26/11 attacks in Mumbai, which claimed 166 lives | PTI
Follow us on

Further highlighting China's duplicitous role regarding the fight extremist groups who use violence and cloak of religious rhetoric to further nakedly self-serving political goals, Beijing once again blocked the passage of a United Nations Security Council (UNSC) proposal to blacklist a Pakistani-backed terrorist.

Sajid Mir, member of UN-designated Pakistani terrorist group Lashkar-e-Taiba (LeT) and main accused mastermind of the 26/11 terrorist attacks in Mumbai -- which left 166 people dead -- was due to be blacklisted at the UNSC. 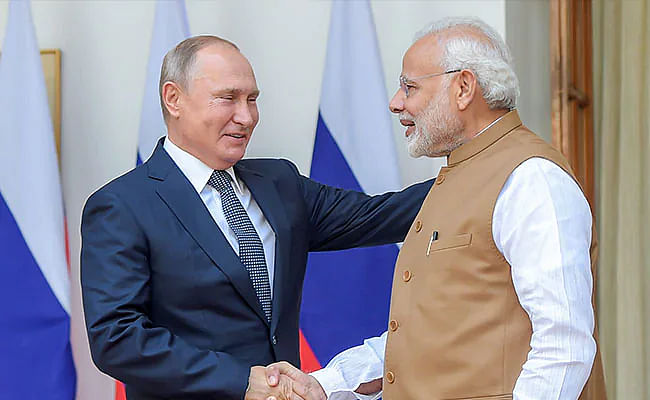 The proposal, tabled by the United States and co-sponsored by India, called to subject Mir to assets freeze, travel ban and arms embargo. Incidentally, Mir has a bounty of $5 million placed on his head by the US government.

Meanwhile, former minister Subramanian Swamy today in a tweet informed that China has announced that they will exercise a veto to prevent India-US Resolution that was moved to extradite 2 Pakistan terrorists to India.

"News just in: After SCO conference was over, China has announced a few hours ago as Modi returned to Delhi that they will Veto to prevent India- US Resolution that was moved to extradite 2 Pakistan terrorists to India. Master Stroke!! No?," Subramanian Swamy wrote in a tweet.

Incidentally, this comes at a time when Pakistan is attempting to be removed from the so-called 'Grey List' of the Financial Action Task Force (FATF), a global watchdog body that tracks financial transfers to proscribed terrorist groups.

In an ironic twist, one of the core topics on the SCO's agenda is the so-called 'fight against terrorism.'

None of this should come as a surprise -- this is by no means the first time that China has used its position on the Security Council to shield Pakistan-backed terrorists, who have the blood of thousands of Indian citizens on their hands.

In August, China put a technical hold was placed on a US-backed proposal to blacklist Abdul Rauf Azhar, the brother of Jaish-e Mohammed (JeM) chief Masood Azhar, accused of being responsible for the 2019 Pulwama attack.

Interestingly, Beijing has its own problems with violent extremist groups -- in the early 2000s, China suffered a spate of deadly terror attacks attributed to extremists operating out of Uighur-majority Xinjiang province, fighting for a cause Beijing labels as 'separatist'.

In response, China went to on imprison as many as a million Uighur Muslims, in what it calls 're-education' camps and what the West has labelled 'concentration camps' -- in a chilling evocation of the atrocities committed by Nazi Germany.

Unlike the United States, India has so far restrained itself from labelling the situation in Xinjiang as 'genocide.'