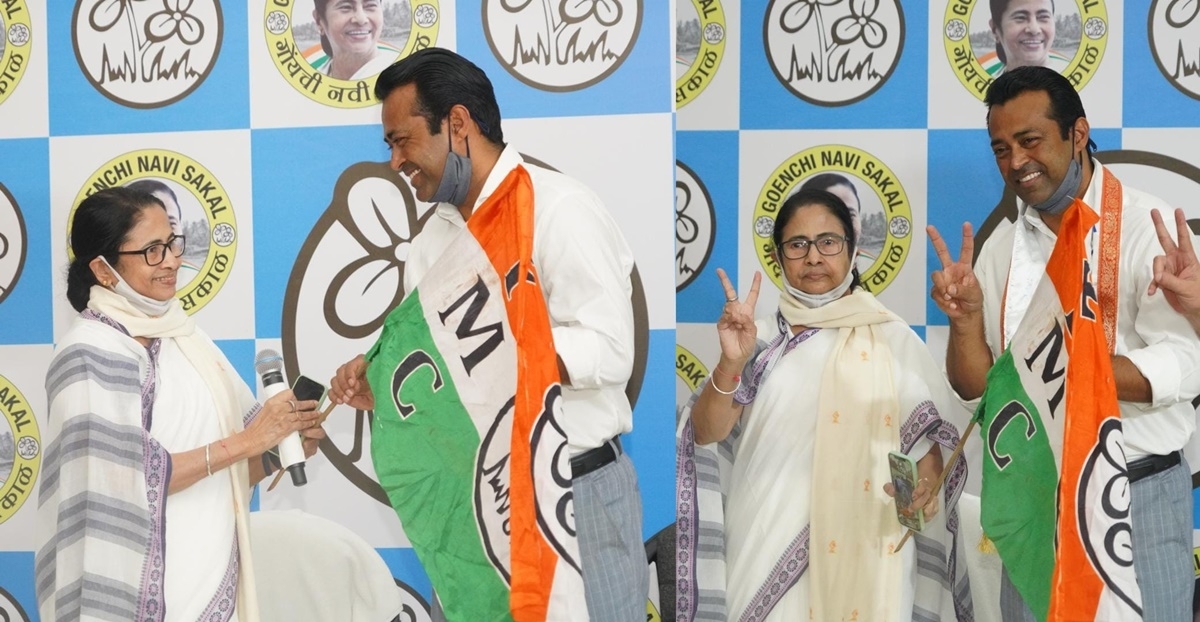 Ahead of the 2022 assembly polls, Tennis veteran Leander Paes joined the Trinamool Congress (TMC) in Goa on Friday.

While making the announcement on Friday and Mamata Banerjee said that Leander Paes is like her younger brother, reported India Today.

“Happy to inform that Leander Paes joins TMC. I am too happy. He is my younger brother. I know him since I was the youth minister and he was very very young," Mamata Banerjee was quoted as saying by India Today.

Meanwhile, taking to Twitter, All India Trinamool Congress said: "We are extremely delighted to share that Shri Leander Paes joined us today in the presence of our Hon'ble Chairperson Mamata Banerjee! Together, we shall ensure that every single person in this nation sees the Dawn of Democracy that we have been waiting for since 2014!"

"We are elated to share that Nafisa Ali and Mrinalini Deshprabhu have joined the Goa Trinamool Congress family today in the presence of our Hon'ble Chairperson @MamataOfficial. We wholeheartedly welcome both leaders!," tweeted TMC.

Meanwhile, Mamata Banerjee on Friday told her party workers in poll-bound Goa that the BJP calls her "anti-Hindu" although it has no authority to give a "character certificate" to her, and added that the initial letters in her party's name - TMC - also stand for temple, mosque and church.

The West Bengal chief minister, who arrived in Goa on Thursday evening as part of her three-day visit to the BJP-ruled state, also said her party wants to fight elections here not to divide votes but to make the coastal state "strong and self-sufficient" and asserted that the state will not be run from Delhi.

She said her party doesn't divide people on religious lines even if they are Hindus, Muslims or Christians.

The TMC has announced its decision to contest all 40 Assembly seats in Goa in the upcoming polls and started inducting several local leaders into its fold. Banerjee's tour is being seen as an attempt by her to gauge the political mood in the state ahead of the Assembly polls slated in early 2022.