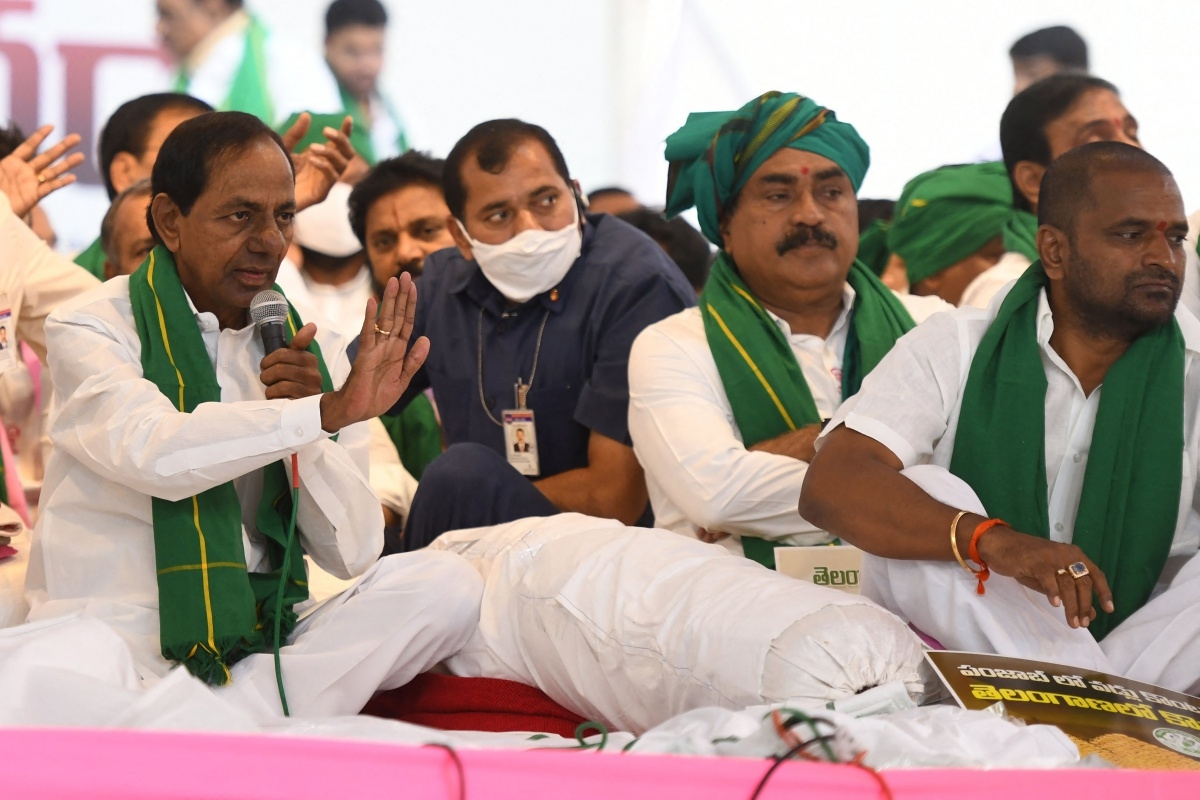 Hyderabad: A ruling party sponsored dharna in Hyderabad in support of ryots questioned central government why it was trying to keep aloof from implementing the food security aspect by ignoring the paddy procurement in Telangana state. Chief minister KCR asserted that the TRS would go allout in support of farmers as it was committed to fulfill their aspirations in the state. the Dharna of TRS participated by all public representatives from the Sarpanch to the state chief minister reasserted that the states produce has increased phenomenally and hence the centre should reveal its stand of purchasing the produce. the CM reiterated his three questions sent to the prime minister Modi and asked whether the centre was prepared to purchase the last years paddy along with the present Khariff paddy and the coming seasons paddy.

if the centre was sincere enough in this aspect it should not play double standards by adopting different stands in different states, the CM said and announced that if the present situation continues the TRS would wage a relentless struggle in favour of the farmers.

Former deputy chief minister Kadiyam Srihari elucidated how the food security subject was a prime objective in the country. He detailed that the national Security and food security were prime issues highlighted by Dr BR Ambedkar and based on his observations only the civil supplies and food portfolios were created.

Telangana under the able leadership and guidance of KCR has attained a glory that took the state towards being called Annapurna and since the produce reached the peaks the state sought the purchases from center, Kadiyam said. He maintained that the three questions raised by the chief minister in his letter to the

Prime minister require proper attention . The former deputy chief minister assured support to the chief minister KCR in his endeavors towards farmers welfare and added that only KCR can lead the farm struggles in the country.

The chief minister KCR reiterated in his speech that he would give clarion call to farmers not to heed to the anti farm policies of centre and added that TRS as usual was committed to stand with the farmers.

All the ministers MLAs MPs MLCs ZP chair persons and local body representatives were present at the dharna which lasted for five hours. 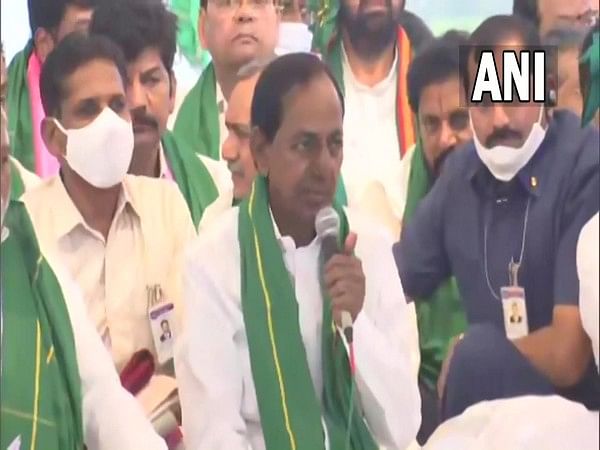 'Who have not listened to farmers have lost power', says Telangana CM KCR as TRS stages protest in...