Lalu said the agitation of the farmers would continue further, and PM would have to bring in legislation on Minimum Support Price (MSP).
Law Kumar Mishra RJD president Lalu Prasad Yadav on Wednesday told the party workers that his younger son Tejashwi Yadav is the future of Bihar.

Lalu, who visited the party office on Gardinger Road hereafter for more than four years said, Tejashwi was carrying forward the agenda set by him in 1990 when he( Lalu) became chief minister.

Tejashwi is the hope of the poor people of the state, Lalu said.

The RJD president congratulated the farmers for their successful agitation against three farm laws and said the withdrawal of the three controversial legislation was the victory of kisans and the defeat of an arrogant Prime Minister.

Lalu said the agitation of the farmers would continue further, and PM would have to bring in legislation on Minimum Support Price (MSP).

Lalu as Railways' Minister had introduced the Garib Rath train to facilitate poor passengers to travel in air-conditioned coaches. He pulled out the railways from loss to profit-making undertaking. He later switched on the six-ton Lantern symbol in the party office.

The lantern which is a symbol of RJD has been made in Rajasthan with marble and would have an uninterrupted power supply through CNG.

RJD president said an electoral alliance with LJP led by Chirag Paswan has been reached for the next year's elections for 24 seats in Bihar legislative council. 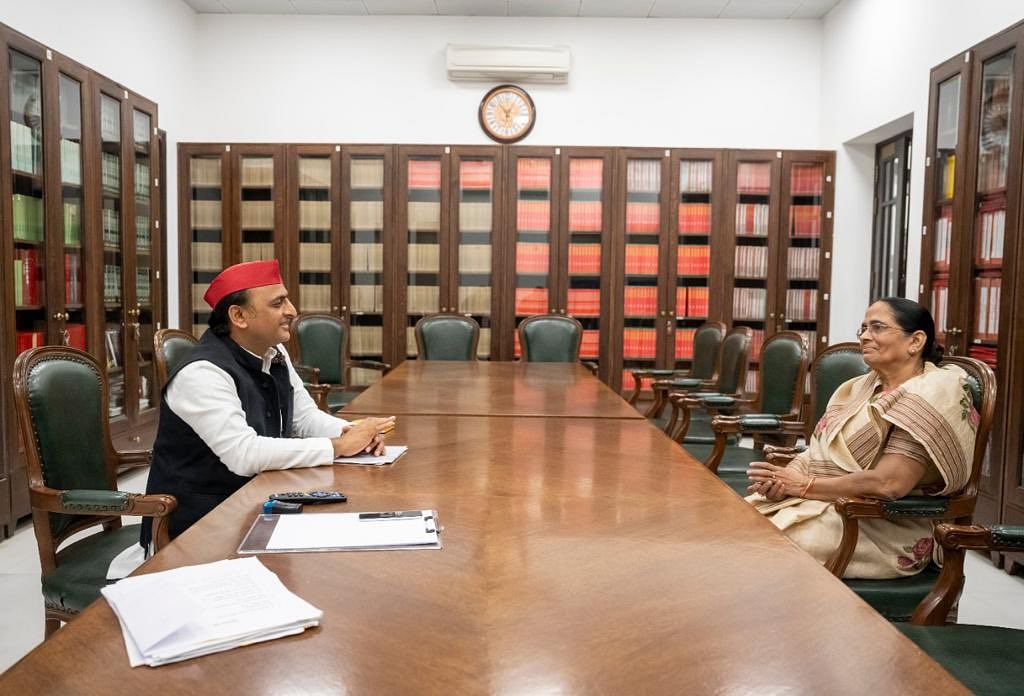