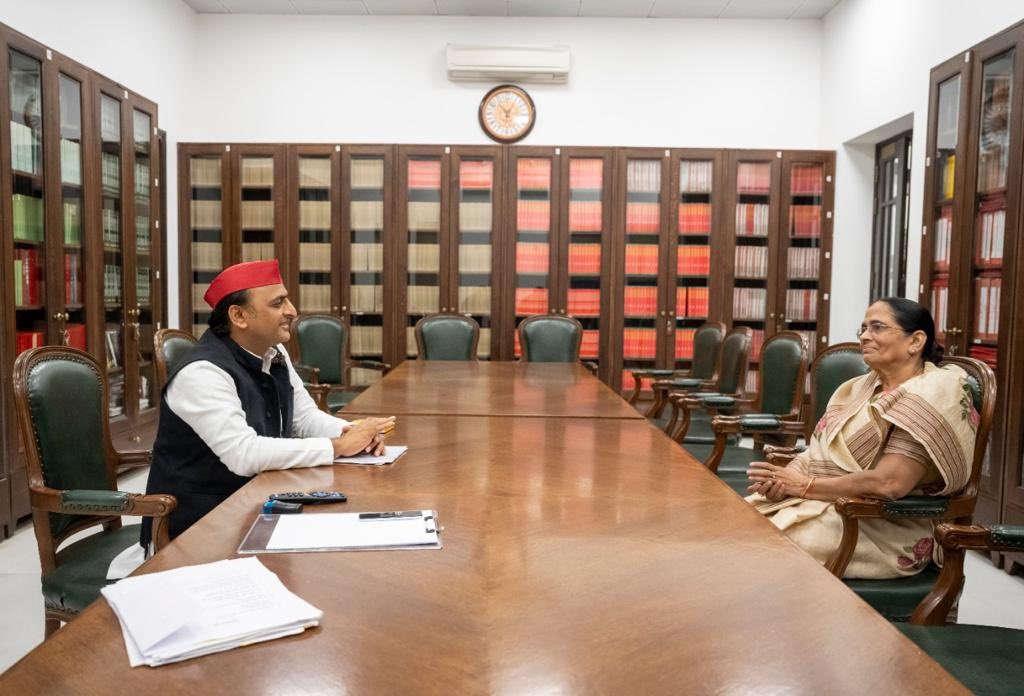 Lucknow: In a major development on Wednesday the Aam Adami Party (AAP) leader and Rajya Sabha member Sanjay Singh met with the Samajwadi Party (SP) chief Akhilesh Yadav in Lucknow. Both leaders held talks regarding possible tie-up for the coming assembly elections in UP.

The meeting that took place at Janeshwar Mishra Trust building in Lucknow lasted for about an hour. This was the third meeting of AAP leader and Akhilesh Yadav. Soon after meeting the AAP leader said that their aim is to remove Bharatiya Janta Party (BJP) and provide respite to the people of UP from misrule. We are trying to come together and talks regarding a possible alliance has been initiated.

According to SP leaders, during the meeting of Akhilesh and Sanjay Singh discussion was held on the seats adjacent to Delhi and few big cities. AAP has already announced the name of its candidates for over 200 seats in the coming assembly polls of UP. Earlier also there were rumors about AAP and SP tie-up for the assembly election and the meeting on Wednesday has relived it.

Recently AAP leader Sanjay Singh had visited residence of SP founder Mulayam Singh Yadav to greet him on birthday. There has been two rounds of discussions between Sanjay Singh and Akhilesh earlier over UP elections. SP leaders said that a tie-up with AAP might hamper the possibilities of BJP candidates on many urban seats. Besides the joint campaign of Delhi chief minister Arvind Kejriwal with Akhilesh Yadav would help in creating atmosphere against present BJP government.

On Wednesday, the chief of one faction of Apna Dal, Krishna Patel also met with Akhilesh Yadav. After meeting with Akhilesh Yadav, Apna Dal (Krishna Patel) chief said that her deal with SP is final now and very soon leaders of both parties would share a common platform. She however said that the seat-sharing talks are yet to be materialized but their alliance is final.

Earlier on Tuesday the Rashtriya Lok Dal (RLD) chief Jayant Choudhury had met with Akhilesh Yadav regarding alliance for the coming UP assembly elections. According to a senior leader, both had discussed in detail about the alliance and seat-sharing. Akhilesh and Jayant have agreed on certain terms which include the number of seats to fight individually and campaign strategy.

A formal announcement regarding alliance could be made at the end of this month in the presence of both these leaders. As per the leaders of both parties, the RLD might get 36 seats in the alliance and most of these would be in west UP. However, to mark its presence felt in other parts of state, RLD could get two seats in the east UP also. Of these 36 seats, the RLD has agreed to field SP leaders on six with its symbol.