West Bengal Bharatiya Janata Party leader Suvendu Adhikari who has been booked for allegedly stealing relief material from the Kanthi Municipality office on Monday moved to the Kolkata High Court seeking directions to quash FIR registered against him in the case. However, the court will be hearing the matter on June 22.

On June 6, an FIR was filed against Suvendu Adhikari and his brother Soumendu Adhikari for allegedly stealing relief material from the Kanthi Municipality office.

According to the police, the case has been filed against the Adhikari brothers on the complaint of Ratnadip Manna, a member of the Kanthi Municipal Administrative Board.

"On 29 May 2021 at 12:30 pm as per direction of Suvendu Adhikari and his brother and former Municipal Chief Soumendu Adhikari of Kanthi Municipality, Government tripal whose estimated value is around lakhs of rupees, was taken away from municipality office godown by forcefully and illegally opening locks," read the complaint submitted by Manna at Kanthi Police Station on June 1.

The complaint also mentioned that the BJP leaders used armed central forces in the alleged theft.

All of those named in the FIR have been booked under sections of the Indian Penal Code (IPC) and the Disaster Management Act, 2005. "The complainant said that the theft was done on the directions of the Adhikari brothers," the police officer told PTI.

Lok Sabha MP Sisir Adhikari, the father of Suvendu and Soumendu, said the FIR was "nothing but a conspiracy by the ruling Trinamool Congress".

However, taking a dig at the saffron party, Trinamool Congress leader Abhishek Banerjee had said, "Their (BJP) people are getting caught in Tarpauline scam. It is not my level to speak about President's Rule," Banerjee added. 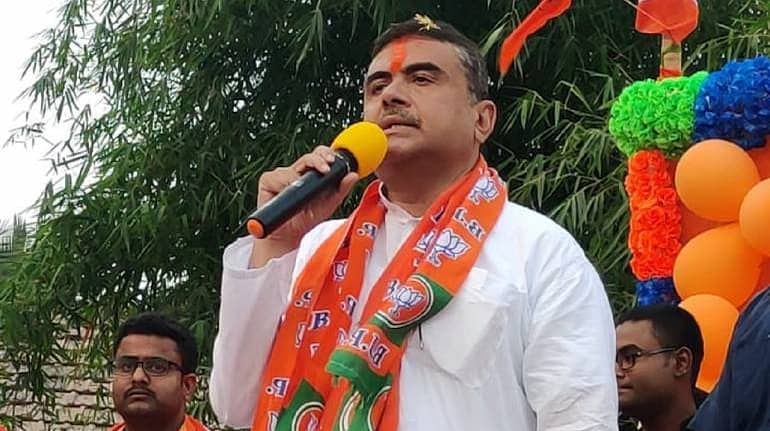