'There is no damage on a large scale,' Chief Minister M K Stalin said after visiting affected fishing neighbourhoods here and distributing relief assistance to them. Tamil Nadu and particularly Chennai has 'come out of the impact of Mandous,' he said.

Tamil Nadu: Relatively a lesser degree of damage, including those to houses marked the landfall of cyclonic storm Mandous in Tamil Nadu and at least four people were killed in rain-related incidents, authorities said here on Saturday.

'There is no damage on a large scale,' Chief Minister M K Stalin said after visiting affected fishing neighbourhoods here and distributing relief assistance to them. Tamil Nadu and particularly Chennai has 'come out of the impact of Mandous,' he said.

Stalin, answering a question, told reporters that estimation of loss was being done and if required Central assistance would be sought. Four persons were killed, he said, apparently referring to rain-related incidents.

As many as 181 houses --hutments-- were damaged and information on other kinds of damage was being compiled. In 201 relief camps, 9,130 people belonging to 3,163 families are being sheltered.

Around 400 trees fell in the city under the impact of 70 kmph wind speed, when the weather system crossed the coast. 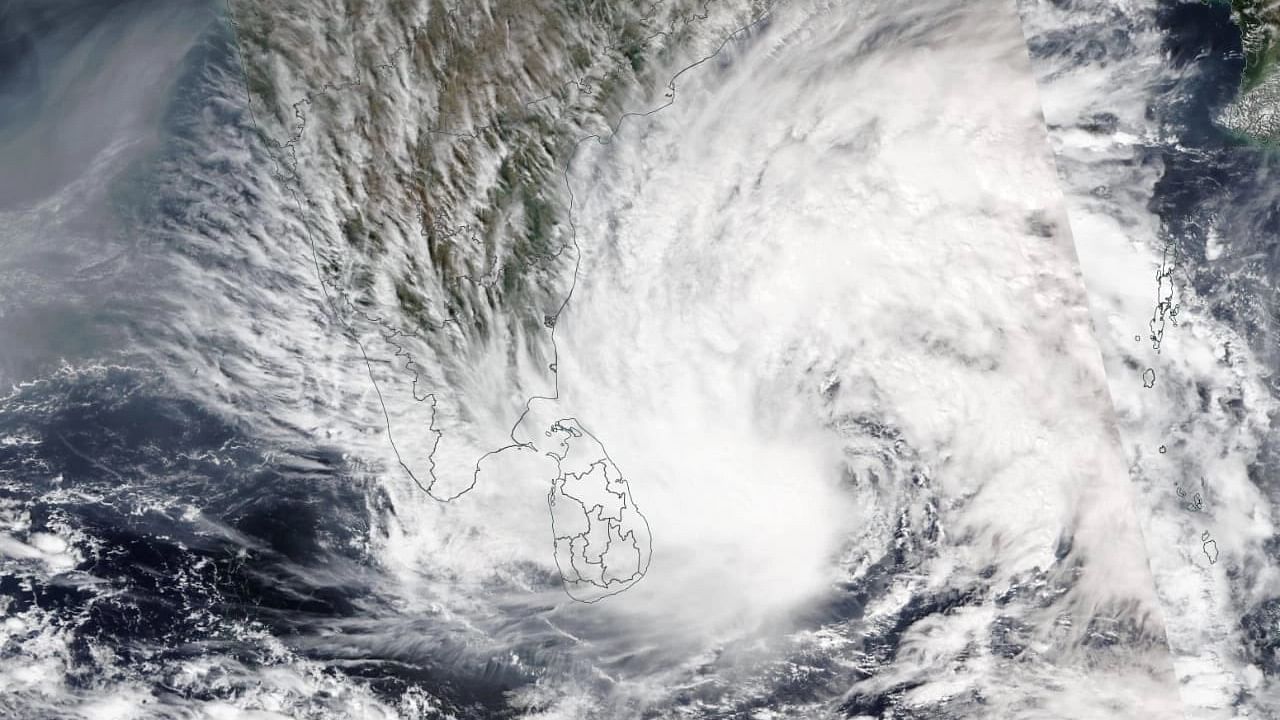 Civic agencies including the Greater Chennai Corporation here in addition to police, removed the fallen trees, and in total 25,000 personnel were involved in cyclone related relief and rescue tasks.

This is in addition to 496 personnel of the NDRF and State DRF.

The cyclone caused damage to electric poles and transformers in several areas and power supply was suspended and resumed later.

Damage to boats was seen in Kasimedu fishing harbour here.

Additional Chief Secretary, Supriya Sahu tweeted: "Several trees have fallen in the Aringnar Anna Zoo at Vandalur and in Guindy children's Park in the aftermath of #MandousCyclone. All animals are however safe and there is no damage to enclosures.The Vandalur Zoo & the Guindy park are closed today to undertake maintenance work."

On Saturday, the cyclonic storm Mandous (meaning treasure box) weakened into a deep depression and later became a depression. It is all set to gradually weaken further into a well marked low pressure area.

Starting late night on December 9, Mandous crossed the coast off Mamallapuram near here. The landfall of the cyclone was complete in the wee hours of Saturday.

For the 24-hour period from 8.30 AM on December 9 to 8.30 AM on December 10, there was widespread rainfall in Tamil Nadu. It was moderate in some areas and heavy to very heavy in others. Chennai and its suburbs received 10-17 CM, Tiruttani 16 CM, Kancheepuram 19 CM and Ranipet 20 CM, (all in or off northern coast of Tamil Nadu).

Stalin lauded government, civic and electricity corporation employees and officials for their dedicated work to tackle the cyclone. He said the government anticipated the situation and ensured all preventive measures and could therefore prevent major damage. "With advanced planning, this government proved any disaster can be managed," he said.

There was no waterlogging in the 22 subways here and vehicular traffic was smooth. Relief work was expedited in the neighbouring districts of Chengalpet, Kancheepuram and Villupuram.