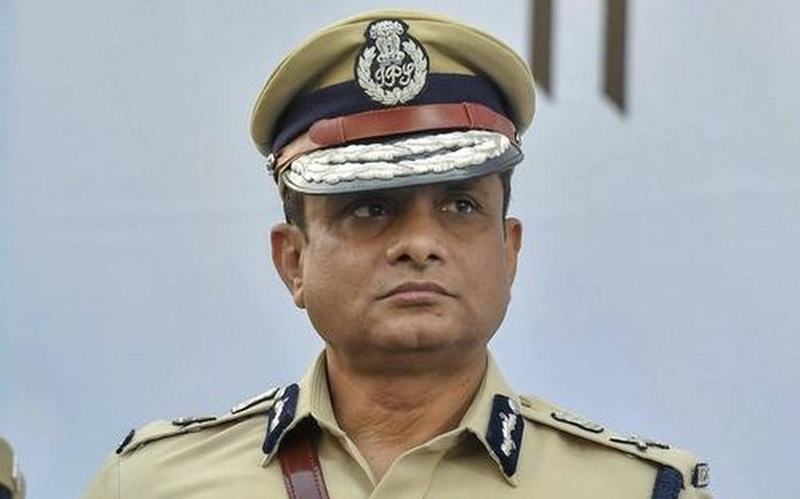 Kolkata: The Supreme Court told CBI on Wednesday that it would examine whether there was evidence requiring former Kolkata Police Commissioner Rajeev Kumar’s custodial interrogation by the agency in connection with the Saradha chit fund scam.

A bench headed by Chief Justice Ranjan Gogoi made this observation after perusing the case diary placed before it by the CBI, which sought Kumar’s custodial interrogation claiming that there was prima facie evidence that he had tried to destroy or tamper with evidence and “shield high and mighty” in the case. Kumar’s counsel countered the CBI submissions and said the agency’s move to seek custodial interrogation of the IPS officer was nothing but a “political game”.

Kumar was earlier heading the West Bengal Police’s special investigation team (SIT) probing the chit fund scam. The apex court had in May 2014 directed the CBI to investigate the case. During Wednesday’s hearing on the CBI application, Solicitor General Tushar Mehta, appearing for the agency, referred to statement of an investigating officer of the SIT which was recorded by the CBI during the probe.

We have read the statement. It is a matter of investigation. We are required to see if there is any material which can show that the commissioner of police (Kumar) is required to be interrogated in custody,” said the bench, which also comprised Justices Deepak Gupta and Sanjiv Khanna.

Mehta argued that there was “prima facie evidence” that Kumar had destroyed or tempered with evidence and he had tried to shield some main accused in the case. “There is a prima facie case of destruction of evidence and shielding the high and mighty. It is within my right to urge the court to let me (CBI) have his (Kumar) custodial interrogation,” Mehta told the bench.

Senior advocate Abhishek Manu Singhvi, appearing for Kumar and the West Bengal government, said though the CBI has alleged that Kumar had destroyed evidence, no FIR has been lodged till date under section 201 (destruction of evidence) of the Indian Penal Code (IPC).

“This is nothing but a political game to keep the pot boiling and paint the people black,” Singhvi said, adding that earlier the apex court had praised the SIT for its probe into the case. He said Kumar was questioned in Shillong by the CBI for five days, around 40 hours, and he was not evasive in replying to the questions put to him.

Singhvi referred to an affidavit filed in the apex court by Kumar in which he has alleged that he was being targeted by CBI due to the “mala fide intent” and “conflict of interest” of former interim CBI director M Nageshwara Rao as his family members were under the scanner post-demonetisation.

Kumar had claimed that post demonetisation in November 2016, investigation was initiated into some shell companies which were prima facie involved in receiving huge deposits and an FIR was registered and during the probe, the names of wife and daughter of Rao had cropped up.

Singhvi also referred to the affidavit in which Kumar had alleged that BJP leaders Mukul Roy and Kailash Vijyawargiya were behind the larger conspiracy and audio clip was available in public domain where they clearly speak of “targeting” a few “senior police officers”.He said all the evidence collected by the SIT was handed over to CBI but it was going “viciously” after Kumar.

When the bench asked Mehta about the status of probe in the case, he said that a total of 76 FIRs in Saradha scam were clubbed in four cases registered by the CBI. Mehta told the court that four mobile phones and laptops, which were seized from the accused and could have been crucial evidence, were returned to the accused by the investigating officer of the SIT.

However, the bench questioned Mehta over the “loose pages” in the case diary which was handed over to the court. “Is CBI, the premier investigating agency, following the mandate of law? In a case of this nature, are you (CBI) not bound to have a proper case diary?,” the bench asked, adding, “Case diary of a case cannot have loose sheets any more. Amendment has been made in the CrPC on this”.

Mehta told the bench that statements recorded by CBI have not been questioned by anyone and nobody has claimed that these statements were concocted. He also questioned as to how copy of call details records (CDRs) received from phone service providers were kept by Kumar. The arguments in the case remained inconclusive and would continue on Thursday.

The apex court had earlier termed as “very very serious” the revelations made by the CBI in its status report relating to the interrogation of Kumar. The court, on February 5, had granted protection from arrest to Kumar while directing him to appear before the CBI and “faithfully” cooperate into the investigation of cases arising out of the scam.