From November 15, the work of construction of the plinth (the base part of the pillar) will also star
Prateek Chakradhar The Ram temple in Ayodhya will be built in such a way that the sun rays will fall on the idol of Ram Lalla and illuminate its sanctum sanctorum on every Ram Navami, said a member of the Sri Ram Janmabhoomi Tirath Kshetra Trust.

The design will be inspired by the 13th century Sun temple at Konark in Odisha, he said. Work is underway on a proposal to design the temple in a way that the sun rays beautify Ram Lalla's idol in the sanctum sanctorum on every Ram Navami and consultation with scientists, astronomers and technologists is going on in this regard, Kameshwar Choupal, member of the Shri Ram Janmabhoomi Teerth Kshetra Trust told PTI.

Choupal said, "The Sun temple at Konark in Odisha is an example where the sun rays reach inside the temple. In such a situation, all the technical aspects and state-of-the-art technology are being considered regarding how the rays of the sun reach the sanctum (of Ram temple) .

The member said a committee consisting of experts from the National Institute of Building Construction, including Indian Institute of Technology (IIT) Delhi, IIT Mumbai, and IIT Roorkee, has been formed to focus on the technical aspects related to the construction of the temple.

Another senior official of the trust said, The construction work of Shri Ram temple is going on at a fast pace. Efforts are being made (to ensure) that by December 2023, the construction of the sanctum sanctorum should be completed and people can have darshan.

He informed that the first phase of foundation has been completed, while the second phase will be over by mid-November. During the construction of Ram temple in Ayodhya, several aspects, including geological, geographical and ecological conditions, are being taken into consideration, he said.

Chaupal said according to the geological classification, Uttar Pradesh is prone to earthquakes and there is a river near the temple complex while the entire area comes under the Himalayan region.

Some changes have been made in the earlier model regarding the construction of the temple, Chaupal said, adding that three floors would be constructed now instead of the two planned initially. 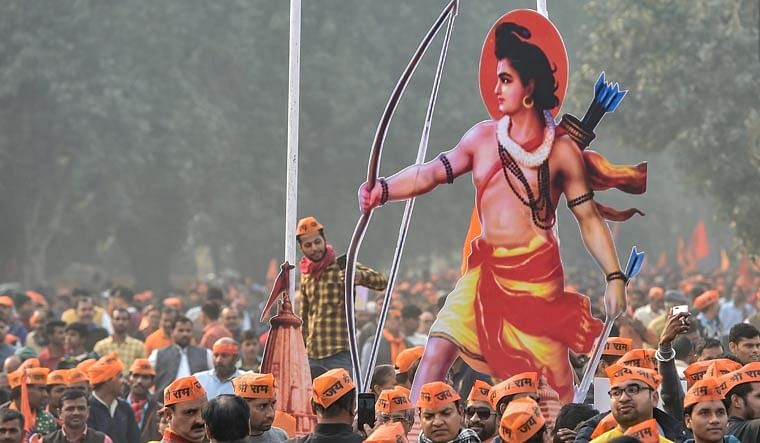 Amid COVID-19, Ayodhya's Ramlila to be held virtually this year; will be live-streamed on...