State's 19% Muslims need their own political strength, leadership and participation: Asaduddin Owaisi in UP

The AIMIM chief also slammed the Central government over its decision to raise the minimum age of marriage for women from 18 to 21.
ANI 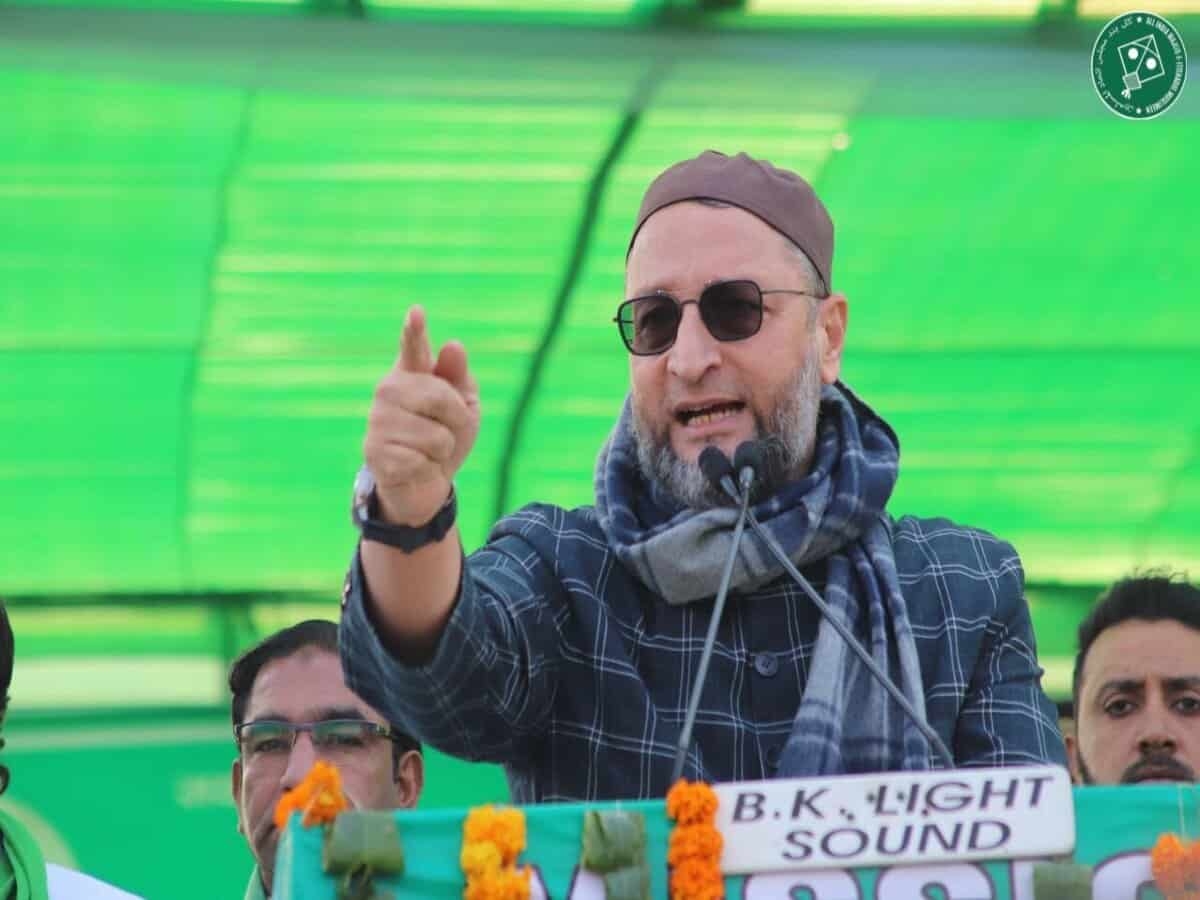 Ahead of the Uttar Pradesh Assembly polls, All India Majlis-e-Ittehadul Muslimeen (AIMIM) President and Lok Sabha MP Asaduddin Owaisi on Saturday said that the state's 19 per cent Muslim population need their own political leadership "to stop tortures and discrimination against them".

Addressing a public rally in Meerut, Owaisi said, "I am here to appeal to all of you that Uttar Pradesh's 19 per cent Muslims need their own political strength, leadership and participation, to get respect, education for our youth and to stop tortures and discrimination. When will Muslims wake up?"

Further hitting out at the Centre for protecting Union Minister of State Ajay Mishra Teni, the AIMIM chief said, "MoS Teni conspired and as a result, his son killed four farmers. But PM Modi does not remove Teni because he does not want to upset the Brahmin society of Uttar Pradesh."

Notably, the Special Investigation Team (SIT) probing the Lakhimpur violence case on Tuesday termed the incident that led to the death of eight people as "a pre-planned conspiracy".

The minister and his son Ashish have denied the charges. However, Ashish Mishra and several others have been booked for murder.

The AIMIM chief also slammed the Central government over its decision to raise the minimum age of marriage for women from 18 to 21. "Now the Centre has raised the legal age of marriage for women to 21. As per law, you can maintain sexual relations with a woman at the age of 18, but cannot marry her at 18 years of age? What is PM Modi's problem with marriage," he said.

"Now BJP will say Owaisi and Muslims do not talk for the benefit of women. Modi Ji, when did you become our uncle? 'Uncles' just sit around and ask questions, now, the 'uncle' is saying don't marry," he added.

Earlier on Wednesday, the Union Cabinet cleared a proposal to raise the minimum age of marriage for women from 18 to 21. The government is likely to propose a bill in Parliament during the ongoing winter session.
Meanwhile, the Uttar Pradesh Assembly polls are scheduled for early next year.