A source involved in the searches at actor Sonu Sood’s residence told ANI that a preliminary investigation has revealed that he has allegedly violated the Foreign Contributions Regulation Act.

Sood is on the Income Tax radar and IT sleuths have searched over 30 premises linked to him.

Certain documents proving that Sonu Sood had violated FCRA norms by receiving foreign funds have been recovered during the searches, the sources added. Another source said that the IT officials had detected a huge amount of tax evasion.

"The tax evasion relates to payments from Sonu Sood's personal finances. Accounts of the Sood Charity Foundation are also being examined," they said. Source told ANI that a number of unaccounted receipts have been found.

"Documents such as bogus loans and bogus billing have been found and are now in the custody of the Income Tax Department," they mentioned. Further, it was informed that proof of circular trading has also been found during the searches. "The chain of documents, which are now in possession of the Income-tax sleuths, shows that money has been routed through different accounts and the real beneficiary is Sonu Sood," they added. 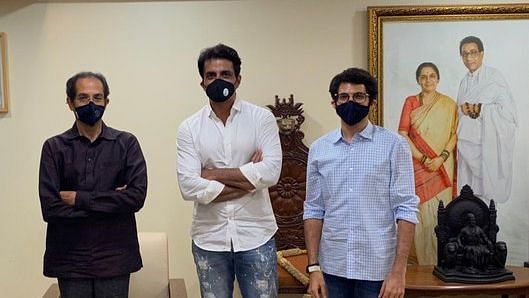