SKM postpones farmers’ tractor rally to Parliament on November 29, next course of action to be decided on December 4 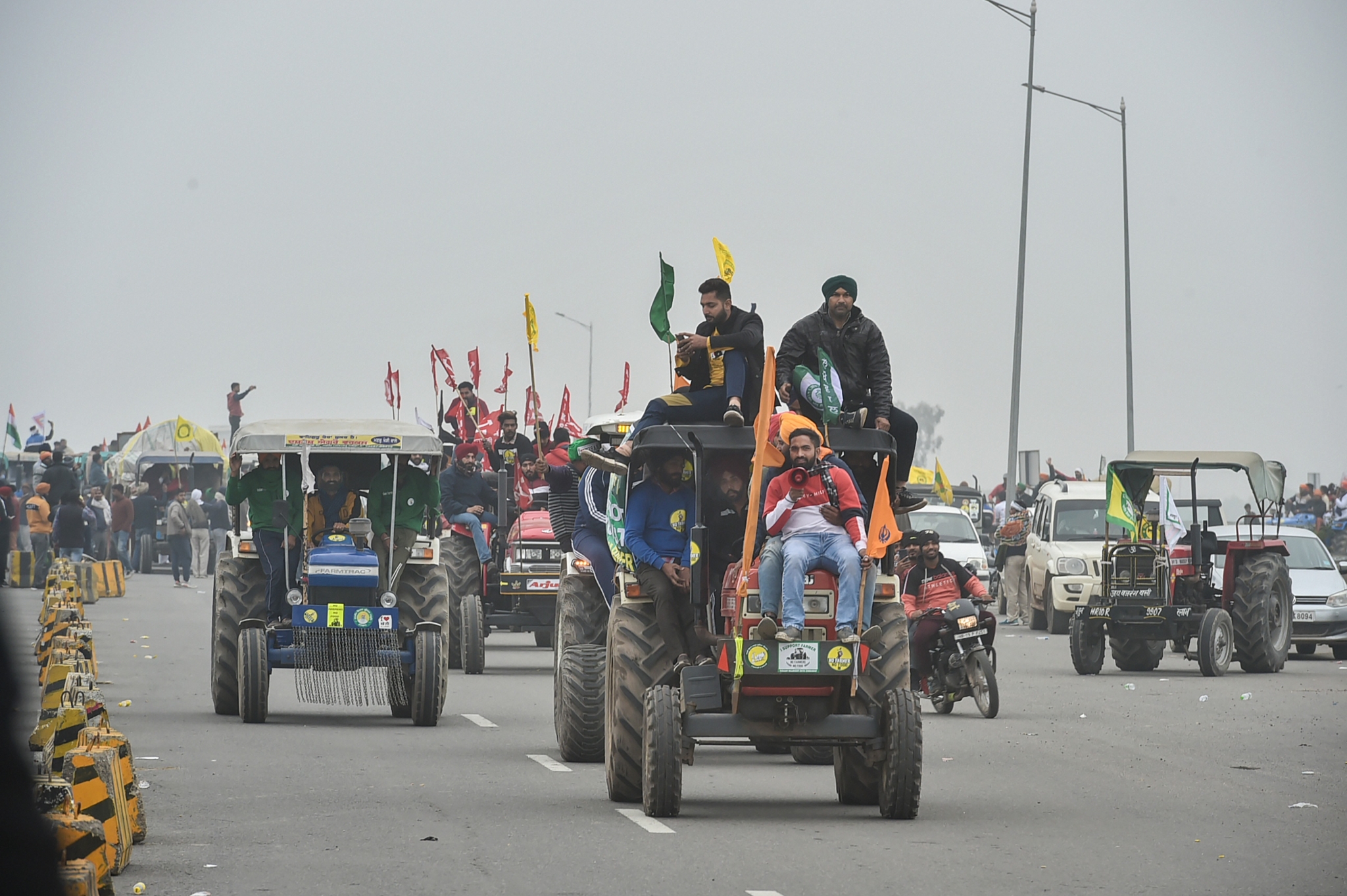 Farmers on their way to Tikri border during a tractor rally as part of their ongoing protest, at Western Peripheral Expressway in Kundli, Sonipat, on Jan 07, 2021 | Representational image | (PTI Photo)

With the Farm Laws Repeal Bill, 2021 set to be tabled in the Winter Session of Parliament, the core committee of the Samyukt Kisan Morcha (SKM) said on Saturday that they will announce their next course of action on December 4.

The big decision was taken during a meeting at the Singhu border. "When we had announced that there will be a tractor rally on November 29, all the three farm laws were not scrapped. Now that when the laws have been taken back, we have decided not to take up the rally. However, if Centre doesn't agree to the rest of our demands, we will decide our further course of action on December 4 meet," a farmer leader said.

The SKM had earlier this month announced that 500 farmers will participate in a peaceful tractor march to Parliament every day during Winter Session starting November 29, to mark one year of the agitation against the Centre’s three agri laws. Thousands of farmers with tractors flocked to the protest sites at Delhi borders.

Prime Minister Narendra Modi had announced the Centre will repeal the three farm laws, marking a climbdown by his government to meet the unrelenting demand of farmers protesting in several states against the reform measures.

The farmer leaders, however, took the call to carry on their agitation until the Centre agrees to hold talks over the issue of Minimum Support Price (MSP) for crops, the death of farmers during the protest at Delhi borders, and the Lakhimpur Kheri violence.