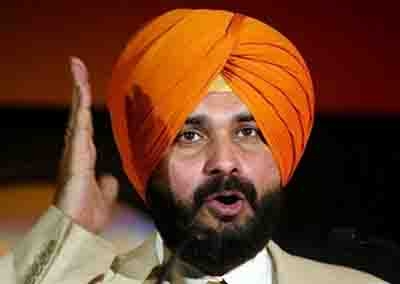 New Delhi : In political doghouse in Punjab for nearly a decade, Congress on Sunday said it suspected the new outfit floated by cricketer-turned-politician Navjot Sidhu was a “BJP-sponsored programme” to divide anti-incumbency votes.

The party also came down hard on Arvind Kejriwal’s AAP, dubbing it as “a bunch of opportunists” whose real face is getting exposed in the wake of sex scandals and serious charges of financial irregularities against their leaders. “It looks like a BJP-sponsored programme. We have to wait and see how many BJP people board Sidhu’s bandwagon,” AICC Secretary Asha Kumari, who is incharge of party’s affairs in Punjab told PTI.

She suspected the new front could have been floated to divide AAP votes in order to help the Akali Dal.

Punjab Congress chief Amarinder Singh said, “Their status looks like that of a confused and undecided couple which is not sure whether it should marry or just carry on with the relationship to keep all the future options open”.

Attacking the AAP, which it is battling in Punjab in its quest of returning to power after a decade, Asha Kumari said, “It is gathering of opportunists with no ideals and no constitution and are answerable to none.”

AAP, she said, is really “a party with a difference” as “developments in the party has exposed its real face and it is now clear that it is just a bunch of opportunists.”

She went on to say that even the AAP’s new convener for Punjab showed how serious the party was about wresting the state from the ruling SAD-BJP combine and claimed that the Congress will form the next government on its own on the plank of good governance, stability and rapid progress.

“They have brought one comedy king to add to another comedy king (party MP Bhagwant Mann),” she said on Gurpreet Ghuggi’s appointment as new AAP convener.

Taking on AAP leader Arvind Kejriwal, she said, “How can people of Punjab accept a person who is unaware of Punjabiat (Punjabi ethos).”

The Congress leader also sought a “serious inquiry” into the charges levelled by an AAP MLA in Delhi, who has alleged that women were being “exploited” by party leaders in Punjab in return for or on promise of party tickets.