Rijiju has asserted in the Rajya Sabha that more than 4.25 crore cases are pending in lower courts in India, he requested the judiciary to ensure that deserving people are given justice.

New Delhi: Union Law Minister Kiren Rijiju has asserted in the Rajya Sabha that the Supreme Court of India being a Constitutional Court should not hear bail applications and frivolous Public Interest Litigation (PILs).

Although the discussion was on the Bill, the law minister opted to reply to certain queries raised by members during debate on the bill. On the pendency of cases, he said there are close to 70,000 cases that remain pending in the Supreme Court. 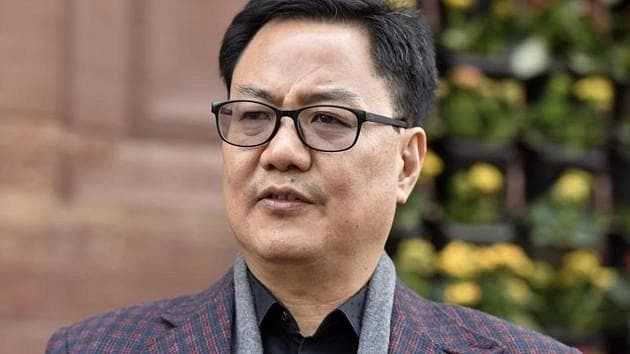 He said he had appealed to the Court to take up those cases which are relevant and appropriate. He said if the Supreme Court starts bail applications and all frivolous POLs, it will add extra burden on it as a Constitutional court.

He further, underlined that more than 4.25 crore cases are pending in lower courts in India, he requested the judiciary to ensure that deserving people are given justice.

On the members' plea to change the name of High Courts named after the cities like the Bombay High Court while others have the state name and so he will definitely talk to the judges to remove this variation.