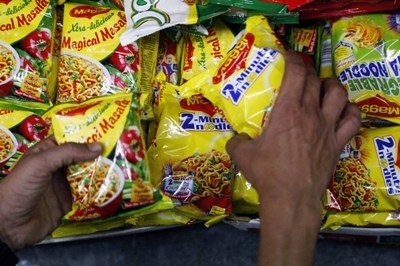 New Delhi: The Supreme Court today asked the government laboratory in Mysore to further clarify whether test reports relating to lead and glutamic acid in Maggi noodles are within permissible parameters under the law.

The apex court passed the order after perusing two communications received from the Mysore laboratory which had carried out the test about the monosodium glutamate (MSG) content in the samples.

“We have perused the test reports. We would like Central Food Technological Research Institute, Mysore to apprise this court on two aspects, whether the test report relating to lead and glutamic acid are within the permissible parameters and to clarify that those are within parameters prescribed under the Food Safety Act,” the bench, also comprising Justice N V Ramana, said.

The bench further said the institute in Mysore shall also give clarification on the test relating to glutamic acid. The bench said additionally if the institute feels more samples were necessary, it can requisition the same from the authority concerned.

The bench said for the additional samples the court may communicate with the joint registrar, National Consumer Disputes Redressal Commission (NCDRC), who was appointed as local commissioner. He shall collect the samples from FSSAI godown in Lucknow.

The court said the entire exercise has to be carried out within eight weeks and posted the matter for April 5. The court had on December 16, last year ordered testing of samples of Maggi noodles in the Mysore laboratory after NCDRC had directed that it be done in Chennai.

The Supreme Court was hearing a plea filed by Nestle India Ltd against the order of apex consumer commission. The consumer commission had on December 10, last year sent 16 more samples of Maggi noodles for testing in the Chennai lab to ascertain the quantity of lead and MSG in them, in connection with the government’s Rs 640 crore suit against the company for alleged unfair trade practices.

The apex court, meanwhile, had stayed the proceedings before NCDRC and had directed that the test reports, including the earlier one, be placed before it. The Bombay High Court had on August 13, last year lifted the ban on nine variants of the fast food and asked the company to go for fresh tests.