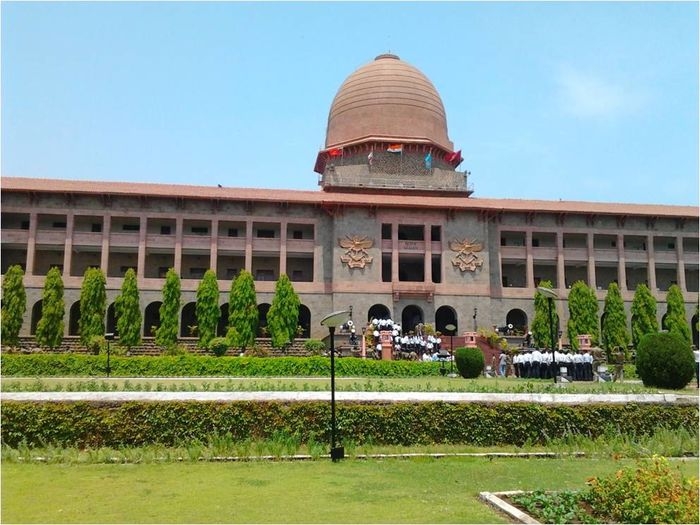 NEW DELHI: Taking a big stride forward in gender equality, the Supreme Court on Wednesday allowed women to appear for the National Defence academy (NDA) examinations slated on September 5. The court also directed the Union Public Service Commission (UPSC) to issue the required notification and give it “wide publicity”. On being told that it was a policy decision of the government that women were not allowed in NDA, the top court said the policy decision was based on gender discrimination, which cannot be allowed.

A bench of Justices Sanjay Kishan Kaul and Hrishikesh Roy, which passed an interim order on a petition by one Kush Kalra, however, said the result of the NDA exam will be subject to the final adjudication of the petition. Kalra has sought directions also to allow the eligible female candidates in the Naval Academic Exam.

During the hearing, senior advocate Chinmoy Pradip Sharma, appearing for Kalra, said they have received the Centre’s counter affidavit on Tuesday in which the government has stated that it was purely a policy decision and court should not interfere with it. The bench told Additional Solicitor General Aishwarya Bhati that why is the government continuing in this direction after the verdicts of this court related to extending permanent commission in the army and navy to women.

“This is unfounded now. We are finding it absurd. Will the army act only after the judicial orders are passed? We will then pass an order, if that is what you want. I have this impression right from the high court that till an order is passed, the army does not believe in doing anything voluntarily,” the bench said.

When Bhati contended that the army had conferred Permanent Commission (PC) to many women, Justice Kaul said: “You had kept on opposing it (PC) till the orders were passed by this court. You did not do anything of your own. The navy and the air force were more forthcoming while the army seems to have some kind of bias.”

Bhati said in this case there are several modes of entry into the army, like NDA, Indian Military Academy (IMA), and Officers Training Academy (OTA) and women can enter into the force through OTA and IMA. The judge asked: “Why is it not through NDA? Is co-education a problem?”

The bench said its endeavour was to persuade the army to do things by itself, rather than on the basis of judicial orders. “We tried but there was no success in the Permanent Commission matter either in the high court or even in the Supreme Court till Justice Chandrachud passed the order,” the bench said.

The top court told Bhati that even if it was a matter of policy, the government was still allowing women’s entry through two other ways, then why would it say no to the third way.